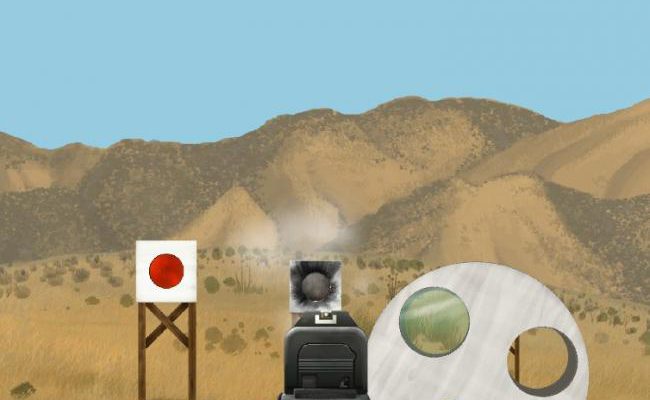 Top Shot: The Game looks to shoot up Facebook this March

Based on the History Channel show of the same name, Top Shot: The Game for Facebook will put players on the trigger of pistols, shotguns, assault rifles and even rocket launchers in a series of challenges designed to test speed, reflexes and above all else, accuracy. The game promises “dozens” of weapons and more than 70 challenges to start, with more of both added each week. 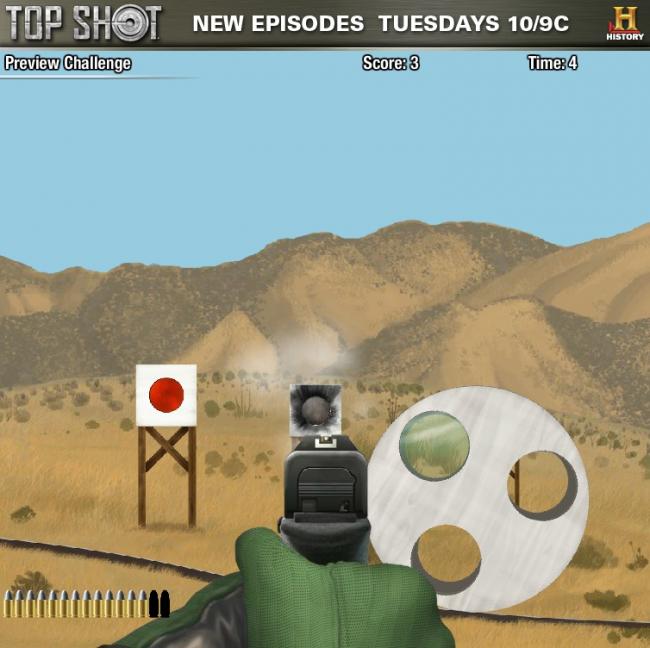 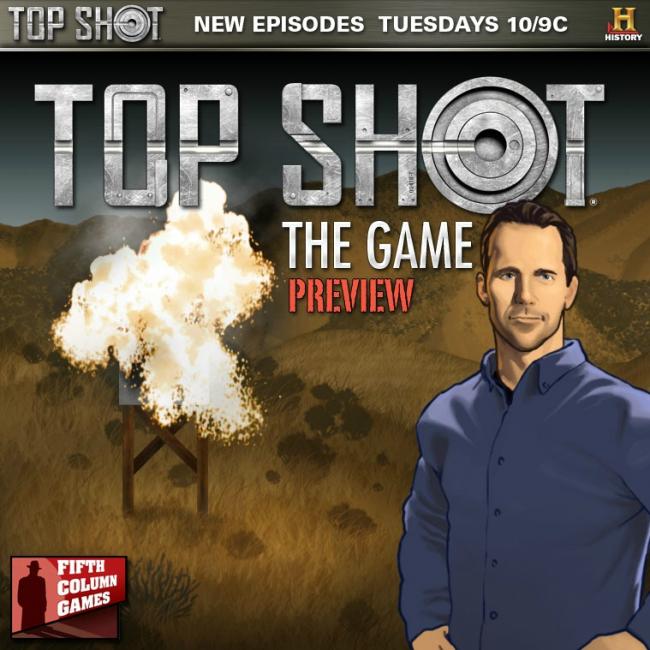 Players will square off against each other and computerized versions of contestants from the show in competitions rated on time, number of rounds fired and number of targets hit. Online displays of prowess can be made via stars that are awarded for success in each event; merely completing a challenge will earn a single star, while true sharpshooters can earn up to three stars by meeting a number of different criteria.

Fans of the series can get a taste of Top Shot now through the “Preview Challenge,” an odd but relatively simple exercise in which players use a generic pistol to shoot targets through the windows of a rolling wheel. Getting the job done is easy enough, but getting it done well enough to earn three stars is another matter entirely. Fortunately, you can take as many shots at it (get it?) as you need to hit the high score. 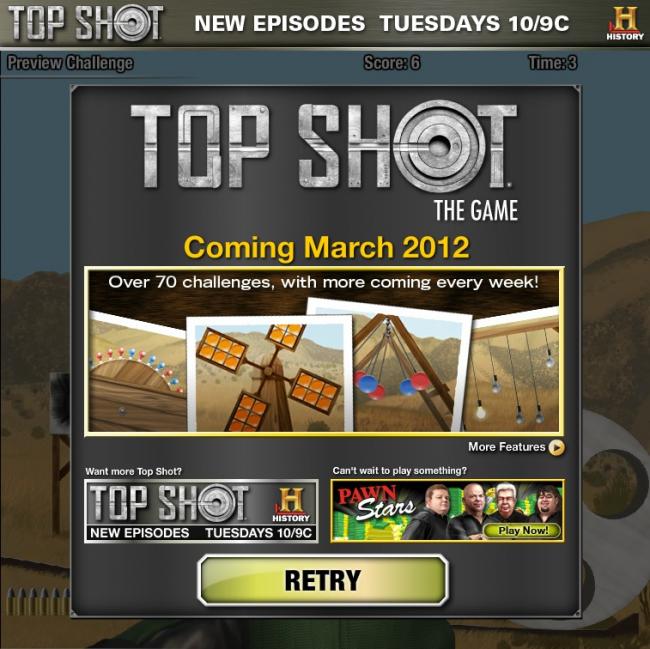 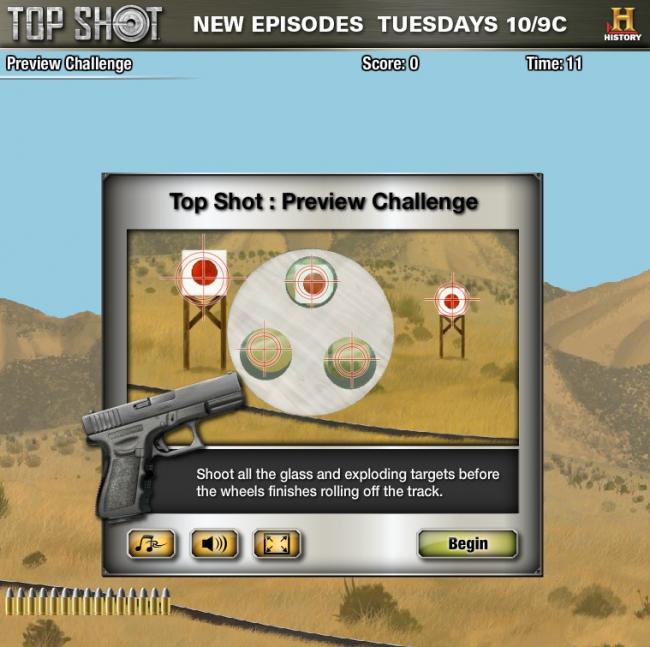 At this stage, Top Shot still looks a little rough around the edges. There’s a distinct lag between “pulling the trigger” and when the gun actually fires, probably less than half a second but still very noticeable. That said, the game is still considered “in preview,” and may very well be tweaked before its formal release.

How accurately the game will be able to duplicate the characteristics of each individual firearm is unclear, but may go a long way to toward determining its fate with die-hard gun lovers on Facebook. After all, there’s not much point in having dozens of weapons if players can’t tell the difference between a C7 and an L85.

Top Shot: The Game is currently scheduled to go live in March.

Wyv and Keep: The Temple of The Lost Idol Preview