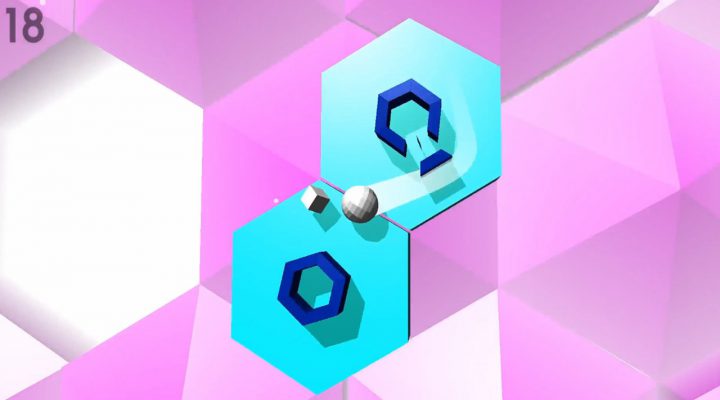 Somewhere out there are a group of gamers who relish playing games that most of us can’t handle for more than a few rounds. These are the Super Meat Boy achievement hunters, the Super Hexagon wizards, and the Flappy Bird champions. They excel where others flounder, and frankly, they’re amazing to watch.

From husband and wife team Jyri and Piia Kilpeläinen, Tiltagon is a game where players tilt their smartphone to navigate a ball across platforms while avoiding obstacles and attempting to collect cubes before making their way to the goal. Of course, easier said than done.

The platforms are small, and the cubes are scattered across them. A few cubes even conveniently hangout right on the edge.

The Kilpeläinens, who are working with Noodlecake Games to handle the publishing side of things, have announced that Tiltagon is expected out towards the last half of March for both Android and iOS devices.

PocketTactics Has the Full Scoop on Adam Saltsman’s Overland