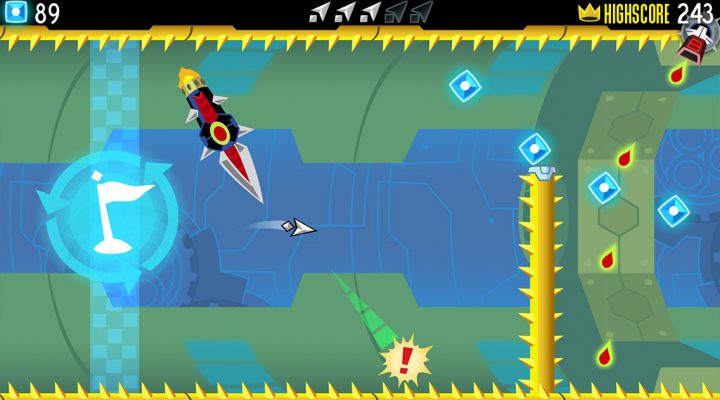 Tilt to Live was (and really, still is) one of the best games on the App Store. Tilting to avoid rather than engage enemies is still a unique idea, and letting you (frequently) put the shoe on the other foot when you find time-limited weapons creates a push-and-pull that’s just impossible to resist.

It’s sequel brought everything we loved about the game back and gave it a fresh coat of paint. And now, for the third go round, they’re focusing on a single, brutal challenge.

Based on the obstacle-heavy Gauntlet mode from the original release, Gauntlet’s Revenge is a standalone spin-off that asks players to tilt their device in an effort to survive three different stages where death lurks around every corner.

The fun, almost Guacamelee-esque visual style from Tilt to Live 2 is back, and judging from the trailer, that means this one should have plenty of personality.

Tilt to Live: Gauntlet’s Revenge will arrive this Thursday, October 23rd, exclusively on iOS for $2.99.