Home / Upcoming / The Wolf Among Us: Episode 1 – Faith Preview

The Wolf Among Us: Episode 1 – Faith Preview 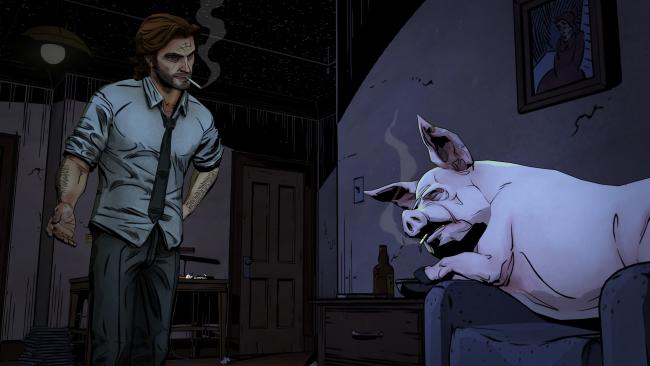 After the enormous success of 2012’s The Walking Dead, many gamers wondered what the future had in store for a developer as bright as Telltale Games. The point-and-click aficionados could have easily just put their heads down to work on The Walking Dead – Season Two (already announced for later this year) and called it a day. But no, Telltale has been hard at work on another episodic adventure set to debut this summer, and it’s one that’s already shaping up to be quite a strong contender for adventure game of the year in 2013.

Based on Bill Willingham and DC Entertainment’s comic book series Fables’, The Wolf Among Us serves as a prequel of sorts to the award-winning comics, and has players taking on the role of sheriff Bigby Wolf (A.K.A. “The Big Bad Wolf”) in his exile to New York City. Looking at the first released screenshots of The Wolf Among Us today, we begin to see a glimpse of the dark and shadowy game world in a way that could only have been brought to life by the fine folks at Telltale. Needless to say, the screens look gloomy, moody, and just all-around despairing: in other words, the perfect setting for a point-and-click adventure game.

Among the many different fairy tale-based characters that Bigby will face in the game underneath the bureaucratic reign of Snow White, players will interact with a “chain-smoking member of The Three Little Pigs” and a “car-stealing Mr. Toad itching for his next wild ride.” Like other Telltale adventure games, moral decisions will play a crucial role in the player experience, and ultimately determine the overall narrative progression of the game. For instance, some decisions will affect the way that other characters perceive you going forward, and Bigby will always have the option of adhering to Snow White’s royal biddings, or defying her word and treading down his own beaten path instead. 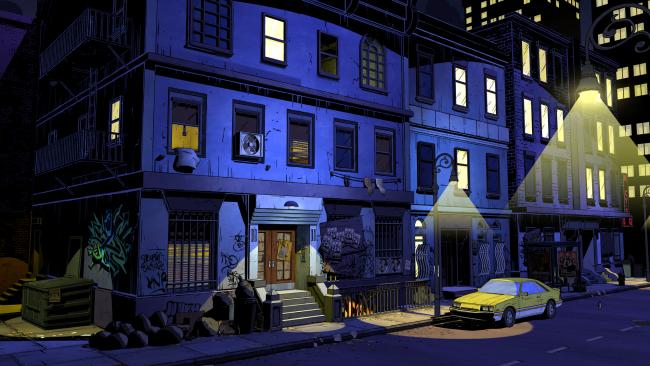 One of the reasons why The Walking Dead was such a huge hit with gamers and fans of The Walking Dead series alike is because Telltale chose to work closely with Robert Kirkman, the comic book’s creator, every step of the way. Well now Telltale knows enough not to go changing a good thing, and so Fables’ Bill Willingham has been on board as a consultant from day one of the project. In an in-depth interview about The Wolf Among Us on Game Informer with Telltale president Kevin Bruner, we learn that Telltale “shared the story seeds, the look, and the character design with the folks at DC and with [Willingham].” As if I wasn’t excited about this one enough already!

The first episode of The Wolf Among Us is still on track to premiere later this summer on PC and Mac platforms, as well as the Xbox Live Marketplace and PlayStation Network, with the promise of additional platforms to be announced at a later date. When it does slink out from the shadows of NYC and onto our mobile devices, there is every indication that the finished product will be nothing short of amazing. In Bruner’s own words, “The Walking Dead has been getting a lot of attention; now it’s Fables’ turn to shine.”

Dracula 4: The Shadow of the Dragon Preview