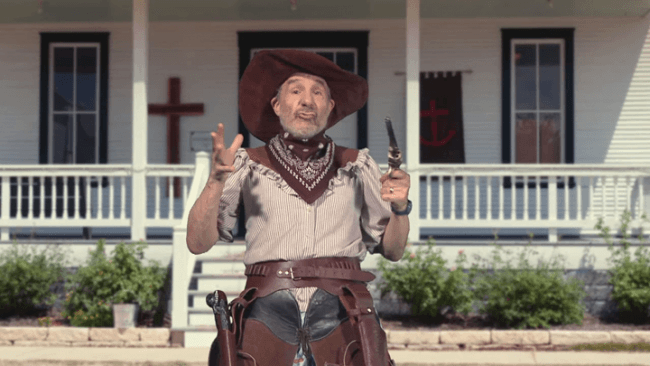 Campier than a thousand tents

Full motion video (FMV) is one of the worst things to happen to video games. Then again, it’s also one of the greatest. I feel downright bad for anyone who never had the chance to play classics like Night Trap and Corpse Killer, and the best I can really do is link you to hilarious YouTube videos like these. Well, that and tell you about Twisted Pixel’s upcoming port of The Wavy Tube Man Chronicles to Windows 8 PCs and tablets.

For those unaware, The Wavy Tube Man Chronicles was originally free DLC for Kinect game The Gunstringer. Developer Twisted Pixel toyed a lot with FMV in previous games, but this marked the first time they’d gone whole hog with the concept. And because it makes some weird kind of cosmic sense, they brought along Lloyd Kaufman (co-founder of Troma) and Wiley Wiggins (of Dazed and Confused fame) for the ride.

I could sit here and regale you with the story, but it’s one of those things that’s best discovered through playing. In a nutshell, you need to destroy Wavy Tube Man Jr. The action will take place in both a hokey western setting and the distant future, though the gameplay remains roughly the same: shoot bad guys before they shoot you. And since nearly every scene in the relatively short experience is worth repeated viewings, there’s also a chapter select that lets you return to them whenever you like. 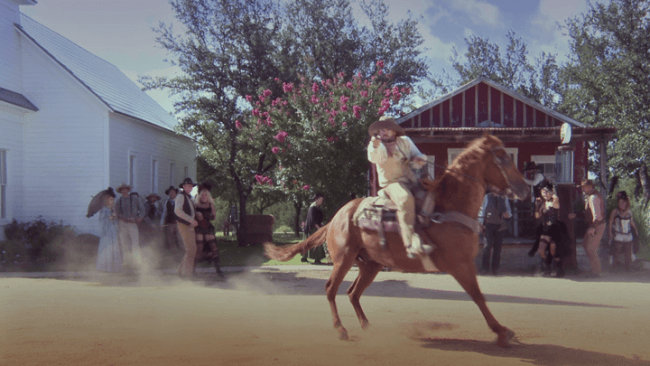 There’s no release date just yet, but Twisted Pixel has stated that The Wavy Tube Man Chronicles will be arriving soon. If you have $1.49 to spare, believe me when I say that it’s worth your time.

illo – birth of the cool Preview