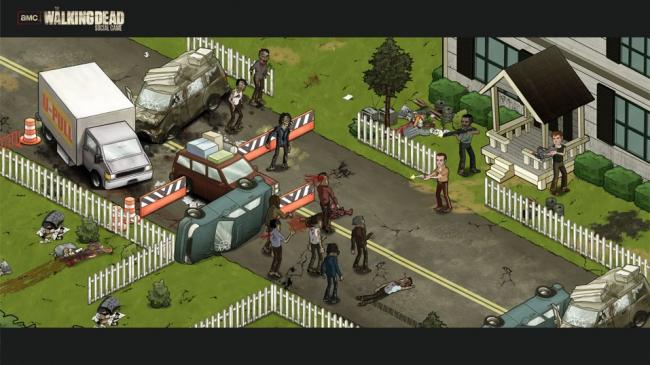 Today AMC and RockYou announced plans to release The Walking Dead Social Game on Facebook next month. Players will be tasked with finding weapons and fighting off zombies while also tracking down resources and setting up camps in relative safe havens. While the game will not directly follow the plot of the show, it will intersect with key moments from the series and include opportunities for interaction with well-known characters.

“AMC’s ‘The Walking Dead Social Game’ is a next generation game for social networks.” said Stephen Griffin, CEO of Eyes Wide Games, which is the studio developing the game in conjunction with AMC and RockYou. “It’s got deep playability. It’s got drama, and it’s still approachable for the casual audience. However, if you’re a gamer and you’ve been looking for a deeper game to play and to experience on social networks then this is it.”

As far as the social aspect goes, players will be able to create a band of survivors with their friends and hope that there’s safety in numbers. Stealth seems to play a key role in the game, as the remaining humans will have to post guards and scrounge up materials while avoiding detection. The game will also feature some combat elements but as any zombie survivalist will tell you it’s ultimately a numbers game and there’s a lot more of them than there are of you, so remaining hidden is always the best option. 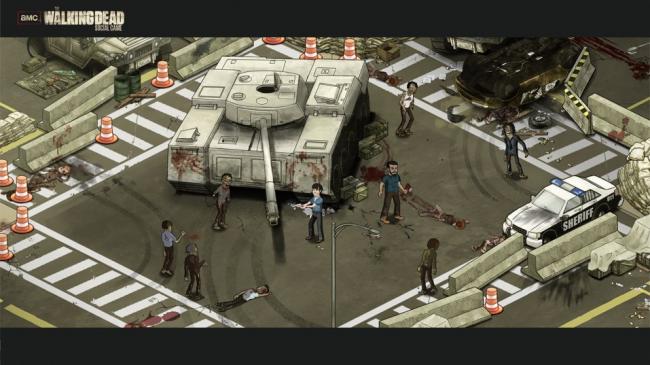 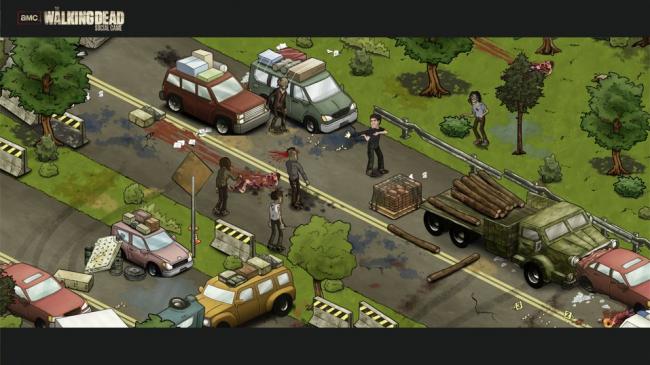 The Walking Dead has been a huge hit for AMC and if the game can stay true to the vibe of the show then it has a lot of potential to be awesome. You’ve got less than a month to sharpen your axes and dig up a few shotgun shells, then the invasion begins.