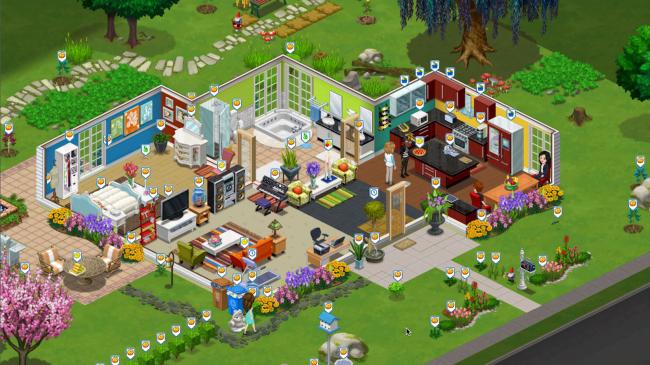 Make the home you want, live the life you want in Zynga’s The Ville

Despite gaming’s steady direction forward, things also tend to operate in a circular motion. A game or genre that people once loved can fade into obscurity, only to undergo an incredible renaissance years down the road. This structure provides developers a chance to return to their roots, and provide innovations and improvements that weren’t possible the first time around. Such is the case with Zynga’s The Ville, a game that modernizes Zynga’s older title YoVille.

In The Ville, you’re in charge of putting together a home, along with decorating it and filling it with whatever you like. Are you the kind of person who wants a massive theater in their home? Go for it! Feel compelled to purchase an indoor skydiving machine? By all means! I saw both of these things in action during a recent demonstration of the game, and once I got over the profound feeling of greed spurred on by all of these goodies, I found myself admiring the wide variety of items available. If you go into it looking to make a home that’s reflective of your personality, chances are you’ll be able to find everything necessary to do so.

When making these decisions, keep in mind that a lot of people will probably see what you do. You can invite others into your home whenever you like, and visit their places as well. Journeying out to other locations is a good idea, because there are varying tiers of relationships you can share with other people. For example, at one point during the demonstration, I saw one person play piano for another, all in the name of strengthening their bond. I was also informed that you can read the Facebook statuses of other people, as well as leave them comments. Social butterflies, rejoice! 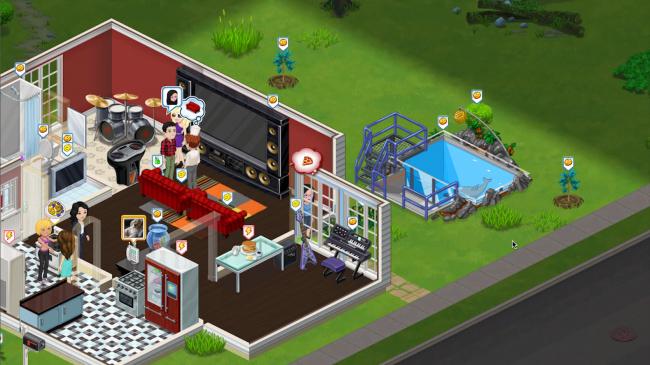 In true social nature, there’s no sort of end goal in The Ville. You can keep adding on to your house as you see fit, as well as furthering the relationships between you and your friends. The better the latter of those two gets, the more things you’ll be able to do together. In an action that was described to me as a “happiness home run,” I saw two characters make love on a bed. The interaction was presented in a tasteful way, with a sea of hearts covering up anything scandalous.

The Ville seeks to further Zynga’s focus on social elements in gaming, and that became very clear to me while watching the game in action. Much of your time may be spent on building a house that you’re happy with, but your friends and family are the most integral part of the experience. Without them you’ve no audience, and no one to form strong relationships with. Apropos of real life, I suppose. 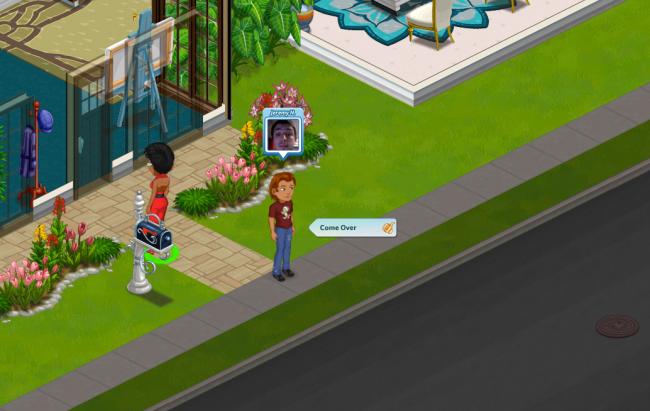 The game will be released on June 27 on Facebook, and should be hitting Zynga.com soon after.