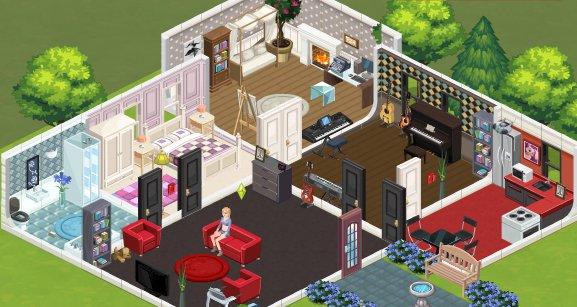 Make some frenemies in The Sims Social

The Sims Social lets you do nice things for your Facebook friends. But you don’t have to be nice. And as the latest trailer for the soon-to-be-released Facebook game shows, making frenemies can be just as much, if not more, fun than making friends.

The trailer shows some of the not-so-nice things you can do to your friends in the game. You can steal a sandwhich from their fridge, for instance, or kick over their garbage can. Or maybe you’ll get into a slap fight. Your devious actions will be reflected in your relationship status, which will label you and a friend as enemies or, if things get really bad, archenemies. Check it out below:

We know, you can’t wait to play The Sims Social. But you’ll have to hang on at least a little while longer. To make things easier EA has released a brand new trailer for the Facebook game, which reveals a brand new feature that lets you see what your friends’ sims were up to while you were out of the game.

The replay feature is, essentially, just what it sounds like. It lets you replay what has taken place in your house while you were gone. So if a friend came over and cooked up a delicious meal or helped clean up the place, you can watch and see exactly what went down. On the flip side, your friends’ sims can do some less than nice things as well. Take a look at the trailer to see the feature in action:

We still don’t have a release date for The Sims Social, but it is listed as “coming soon.”

In addition to the characters themselves, another very important aspect of any Sims game is building and customizing your house. And, thankfully, it looks like The Sims Social will be no different. The latest batch of screens shows off a few player created homes and, in traditional Sims fashion, it seems you’ll have a lot of freedom with regards to building a home.

The three screenshots on display were all made by (lucky) players who are in the closed beta for the game. Though they’re all relatively small, each is laid out in a completely different way and features a range of decorations and utilities; everything from cars to fireplaces to the always important hot tub. 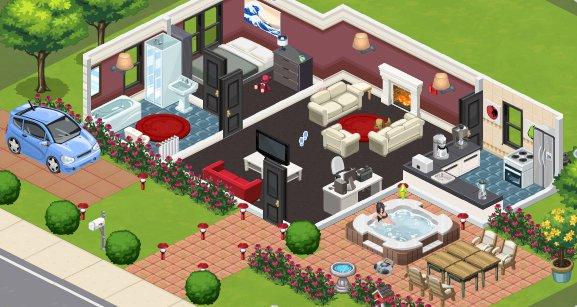 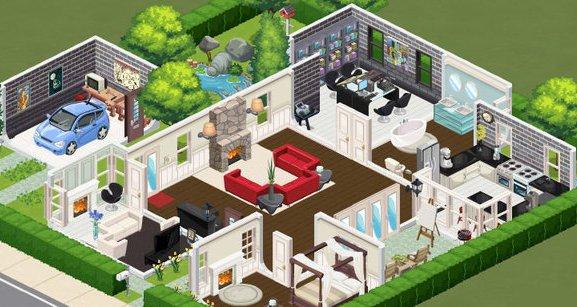 One notable absence from any of the trio of homes is a staircase. But whether this means that you can’t have multiple floors in The Sims Social or that the beta testers simply hadn’t reached that point yet, well, we just don’t know.

We also still don’t know the release date for the game, so stay tuned to Gamezebo to find out when The Sims Social goes live.

Two new screenshots show that social sims can rock out

Over at The Sims Social Facebook page, the developers have slowly been releasing images of in-game items and sim-ified celebrities like Beyonce and Lady Gaga. But today we’ve finally got a few screenshots that show the game in action and reveal two of the skills you’re sims will be able to learn: cooking and rocking out.

The release of the two screens came alongside the following description: “In The Sims Social, you’ll be able to become an expert at many skills that your friends will be green with envy of. Check out our sims who can play the guitar like a rockstar and cook like a top chef! Excited yet?” 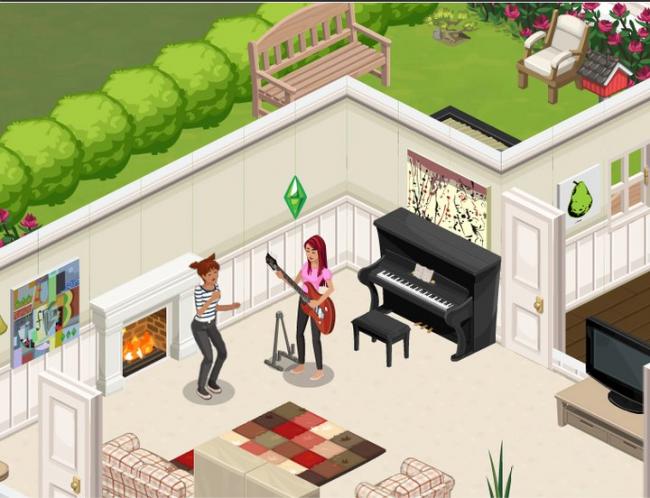 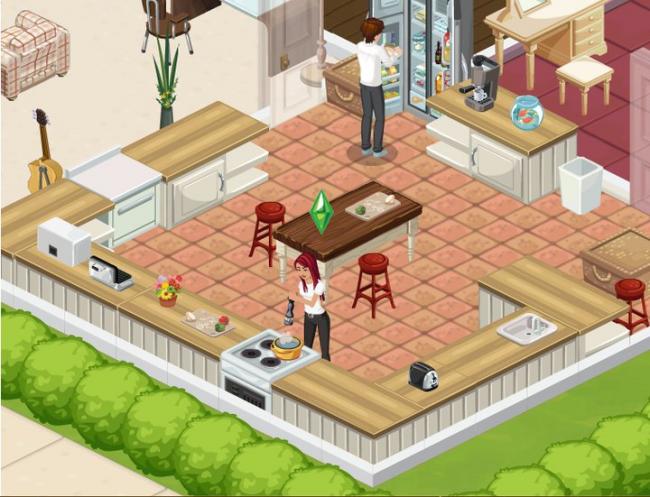 And, indeed, the two images show off both a sim in the kitchen, whipping up an undoubtedly gourmet meal, and another wailing away on a guitar. While the 2D visuals are clearly different than the download entries in The Sims series, the charming art style looks to be perfectly in keeping with the series’ tone and feel.

So, yes Playfish, we’re excited. Now give us a release date already!

EA’s announcement of The Sims Social at E3 was one of just a few Facebook reveals, but it’s a big one. We still don’t know a whole lot about the game, but at least now we have a trailer.

The biggest takeaway from the debut teaser of the game is that The Sims Social seems to have a heavy focus on inter-personal relationships, which makes a whole lot of sense considering that it’s on Facebook. The game also doesn’t seem to be shying away from some of the more adult aspects of its downloadable counterparts, as a couple can clearly be seen showering together in the trailer. Don’t belive me? Check it out below!