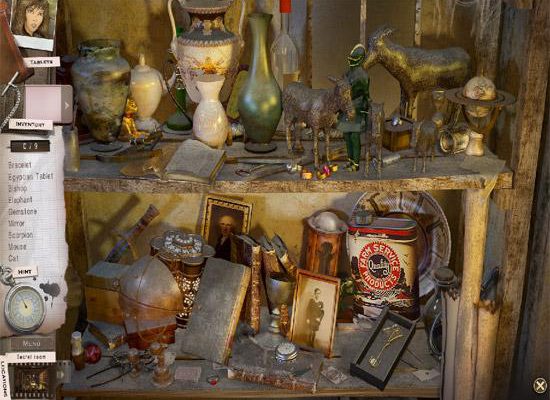 The Secret Legacy: A Kate Brooks Adventure is an upcoming hidden object adventure from Meridian4 that uses scrolling scenes and some other fun new twists. Read on for our hands-on preview. 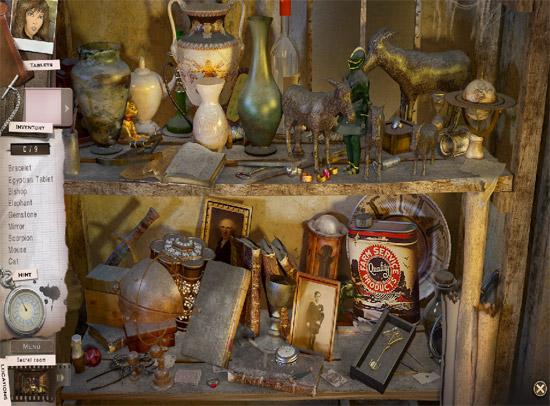 Kate’s grandmother has recently passed away, and Kate has the grim task of cleaning out her office at the university where she worked as a history professor. In the office, Kate finds a letter addressed to her and discovers that her grandmother’s death might not have been accidental after all – and that she was on the verge of a very important discovery.

Kate must hunt down the clues to learn the mystery behind her grandmother’s death and seek out a great treasure buried somewhere in Egypt, all the while staying one step ahead of the people who want the treasure for themselves. 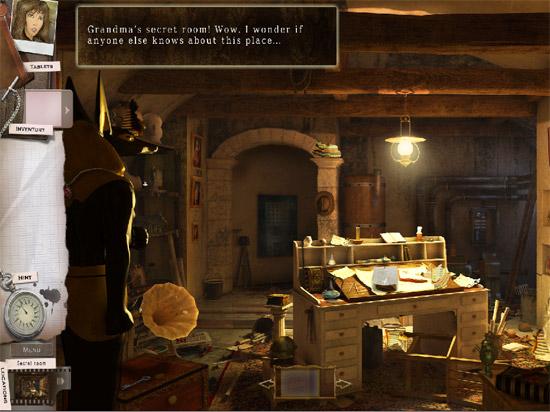 Before you head off to Egypt, though, you’ll have to dig up more clues around grandma’s office, which is where our preview demo took place. Kate Brooks treats its hidden object searches in a pretty unique way: you’re free to move around between rooms as much as you want, but you’ll want to keep an eye out for notes that are lying around. Click on the note, and a list of items appears that you’ll need to find, suddenly transforming whichever room you’re in into a hidden object scene. Once you’ve found all of the items on the list you’re free to move on, keeping the one key item that you picked up – like a crowbar or key. The game promises 30+ such environments. 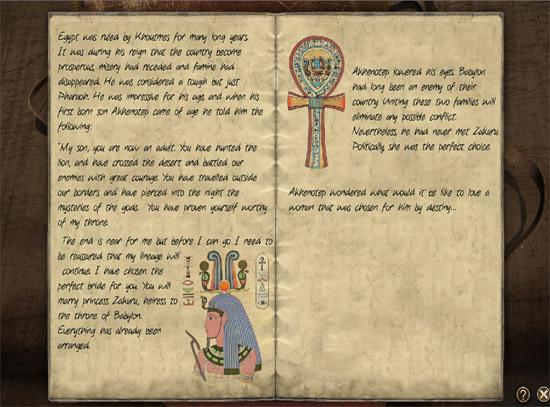 Another interesting feature of The Secret Legacy is that it uses “virtual 3D” scrolling scenes similar to those found in games like The Clockwork Man. By clicking the Left or Right arrows along the bottom of the screen, you can scroll the scenery and slightly change the perspective you’re looking at in order to see objects that were previously hidden behind things like chairs and desks. 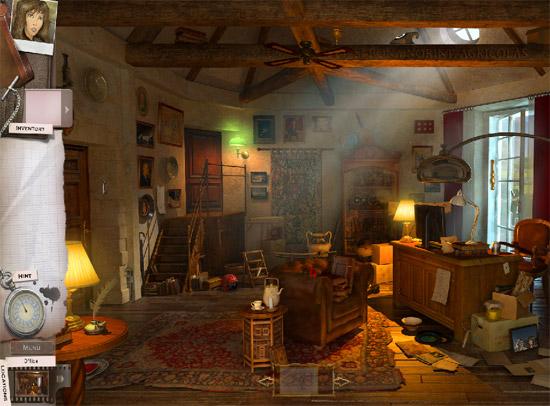 The game offers hidden object veterans the option of playing in Expert mode, where hints and skip buttons take longer to recharge, and the game doesn’t show you the active zones.

Although we didn’t make it to Egypt in our preview demo, The Secret Legacy: A Kate Brooks Adventure looks to be a promising hidden object adventure with a few new twists. There’s no word yet on a launch date, but sign up for a Gamezebo Alert if you’d like to be notified when the game comes out.