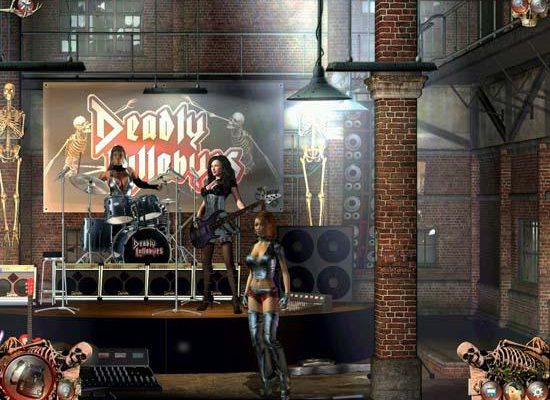 Alyssa, Cassandra and Sahara are a group of rocker babes that make up the metal band Deadly Lullabyes. After receiving an anonymous invitation to perform at a remote castle, they load up the van and hit the road only to find that a mysterious force is determined to stop them from every getting there. You’ll encounter undead beings, rocking skeletons and other bizarre creations in this upcoming horror-tinged point-and-click adventure. 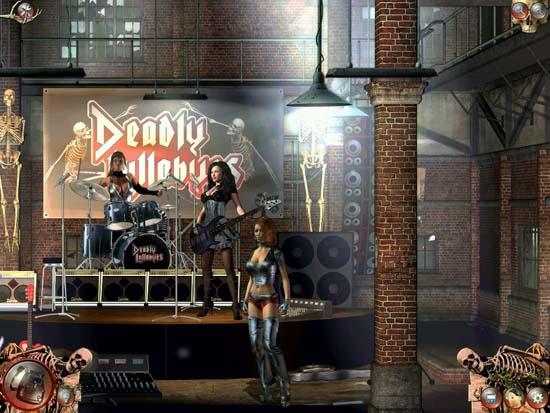 Published in North America by Viva Media and developed by bitComposer, The Rockin’ Undead features more than 90 eerie settings. Players also have the option of using 3D glasses to experience the game from a 3D perspective in addition to traditional 2D. 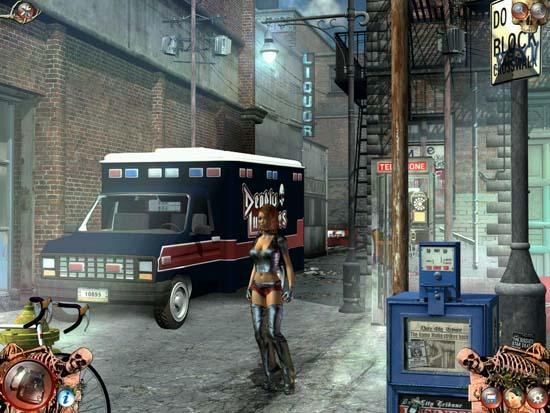