Home / Upcoming / The Raven: Episode 1 – The Eye of the Sphinx Preview

The Raven: Episode 1 – The Eye of the Sphinx Preview 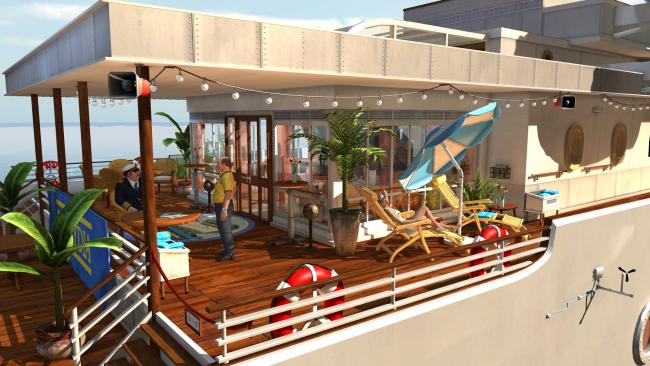 Quoth the Raven: bring me back my stuff!

From the creators of The Book of Unwritten Tales, The Raven – Legacy of a Master Thief is a thrilling point-and-click adventure that’s full of spectacular burglaries and a dual storyline with plenty of twists and turns along the way. The conniving and devious art stealer simply known as “The Raven” has managed to evade the authorities for years (plus, he’s really into wearing these creepy bird masks). Will you be the one who is finally able to catch the thief and bring him to justice?

The upcoming crime adventure from KING Art and Nordic Games will let you experience both sides of the captivating story from two different points of view: the mysterious and gentlemanly thief The Raven as he robs all of Europe from its luxurious goods; and the side of the law, with major players like investigator Nicholas Legrand and Constable Anton Jakob Zellner who always seem to be just one step behind The Raven’s cunning next heist. Set across a number of gorgeous backdrops all throughout world, from Switzerland to Egypt, players will try to protect the legendary sapphire the “Eye of the Sphinx” from The Raven’s slippery grasp.

The actual gameplay of The Raven is beautifully envisioned in full 3D graphics and animations, and calls to mind such landmark point-and-click adventure greats as the Monkey Island series; while the strong writing and narrative pacing pays homage to classic detective stories like The Maltese Falcon. The interesting storytelling twist will allow the developers to effectively combine elements of “whodunit with a Heist-story.” Early known locations in the game include a luxurious cruise ship over bright and sunny waters, where something has certainly gone amiss below deck.

The Raven is currently set to release for PC in June 2013, and aspiring detectives can follow the game’s Facebook page to be kept up to speed on the burglar’s latest whereabouts. So the next time you see a raven feather inconspicuously sitting on your kitchen counter at home, you’d better make sure that The Raven hasn’t been by to steal that painting of fruit you had hanging over your fridge.