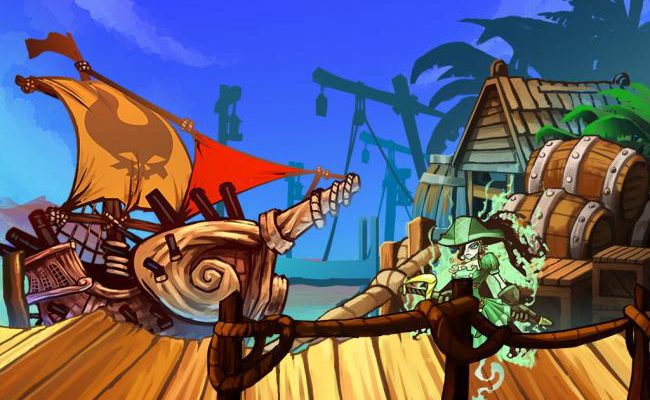 If you were like me as a child, you wanted to be a pirate when you grew up. And, if you’re still like me, you’re likely still a little disappointed to learn that captaining a giant warship is a lot easier said than done these days. However, you can now rest easy because Bulkypix is about to unleash The Pirate King, which will let players take on the pirate mantle wherever they are with just about whatever device they happen to have with them.

The game is being billed as a multiplayer adventure game that’s got a little something for everyone. Players get to create a custom pirate with a unique look and name, and then build up their own pirating dynasty.

Each player will have a town that they operate out of as a home base. In these towns, players will be able to customize (and upgrade) their ships, forge all sorts of new weapons, and even play the lottery in order to increase their riches. From there, they’ll set sail and begin to live the pirate’s life of raids and battles on the high seas. 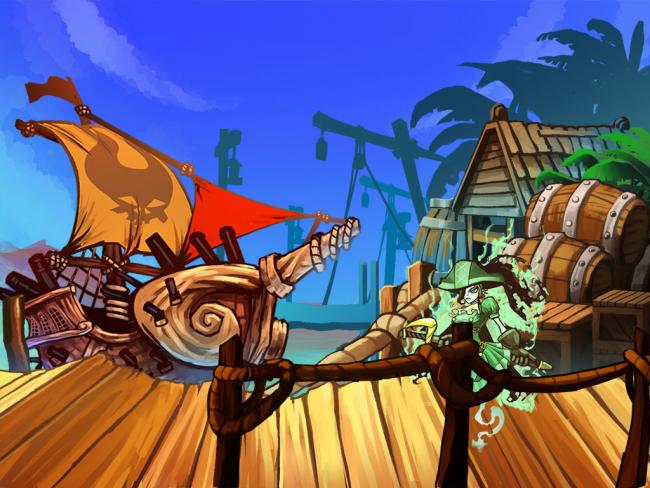 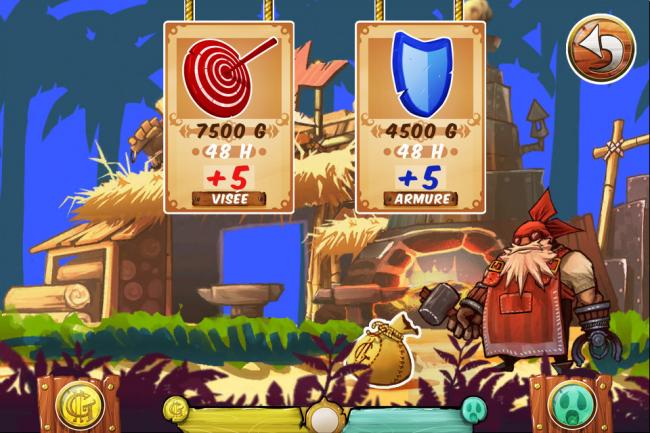 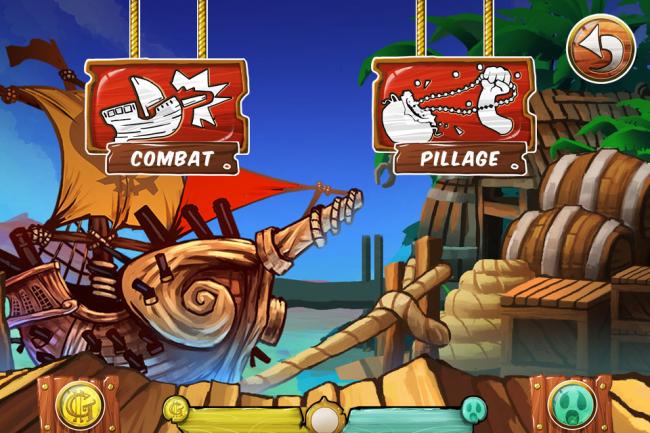 The game is set to include an online battle system that will purportedly work like the one in MyBrute, where players don’t have to fight in real time and don’t have to be connected to go against each other. The multiplayer aspect will also include a robust online community including leaderboards, a rivalry/stealing system, and a Facebook plug-in.

Aside from battles, players will also engage in treasure hunts and explore new towns. The eventual goal is to commit enough dastardly acts that folks will have a massive bounty placed on their heads. Once the bounty is high enough, they can take on another pirate known as “The Terrible Blanks” for the title of Pirate King.

The Pirate King is coming to a wide number of platforms, including iOS, PC, Facebook, Mac, and Android. A final release date has yet to be revealed, but the game has been confirmed for a Facebook and iOS debut sometime this month.