Home / Upcoming / The Night of the Rabbit Preview

The Night of the Rabbit Preview 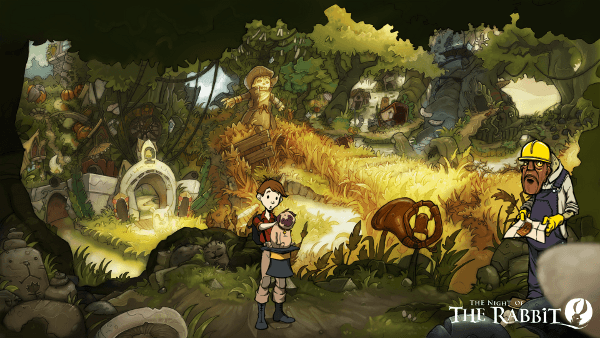 With the Deponia series coming to a close this year, a lot of adventure fans are understandably concerned. It’s not every day a great adventure game is released, and the first two Deponia titles were some of the best in recent years. The good news is that developer Daedalic is hard at work on yet another adventure game, and the great news is that it appears to be coming along wonderfully. The bad news is… well, there is no bad news.

The Night of the Rabbit tells the story of Jeremiah Hazelnut, a young boy who dreams of one day becoming a magician. Summer’s coming to a close, and Jeremiah hopes to fill the days with as much fun and adventure as possible. Through a series of circumstances I won’t reveal here, he finds himself transported to a magical world known as Mousewood. It’s a place not unlike Wonderland, with talking animals and whimsy aplenty.

In typical Daedalic fashion, The Night of the Rabbit is nothing short of eye candy. In fact, I’d go so far as to say it had the best visuals of any game I saw at GDC. It was like watching a children’s book come to life, hand-drawn environments and all. And the game doesn’t try to just coast by on its gorgeous visuals. Like any good adventure game, there’s an interesting story to keep things moving along. Without spoiling too much, there’s an evil force creeping its way into the world of Mousewood, and Jeremiah just might be the boy to put a stop to it. In order to do that, though, he—and by proxy, you—must solve a variety of puzzles.

In one of the puzzles I witnessed, a leprechaun had stolen a set of tools from a pair of Mousewood denizens. He was able to go invisible whenever he held his breath, and the only way to stay on his trail was by following his footsteps from area to area. Once it was clear he was walking in circles, the developer demoing the game for me placed a rake in one of the spots the leprechaun kept showing up at. When he arrived next, he hit the rake and dropped all the tools. If all the puzzles in the game are as clever as that one, we’re definitely in for a treat. 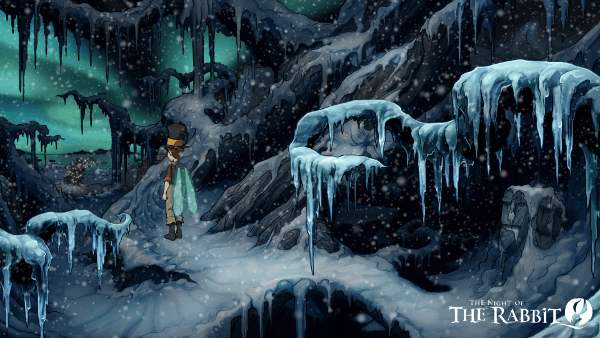 If you’re an adventure fan who’s having trouble figuring out what else to be excited for besides Broken Age, then I nominate The Night of the Rabbit. I only saw a half hour or so of it, but everything I witnessed only strengthened my belief that Daedelic has yet another hit on their hands. I suppose we’ll know for sure when the game releases later this year.