The Next Big Thing Preview 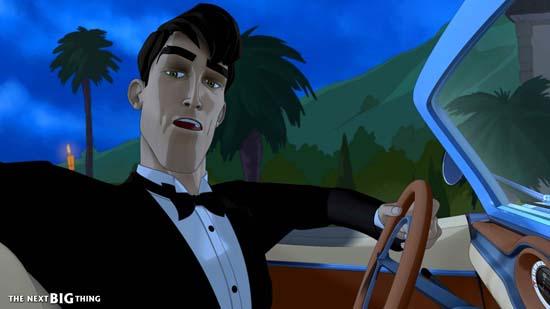 After meeting main character Liz Allaire a few weeks back, players can now view the first footage of her charismatic partner Dan Murray, the other playable character in Pendulo Studios’ upcoming adventure game The Next Big Thing.

Here’s the rundown on Dan from Pendulo Studios:

“Gifted but lazy, Dan is a slacker journalist at the “Quill.” He’s a macho man and a notorious lady-killer. Only two things matter in his eyes: beautiful women and sports… in that order. When he’s transferred from the sports desk to the newspaper’s “social” section as Liz Allaire’s sidekick, Dan is anything but pleased; most likely because she is the first woman to show a total indifference to his usually-irresistible charm!” 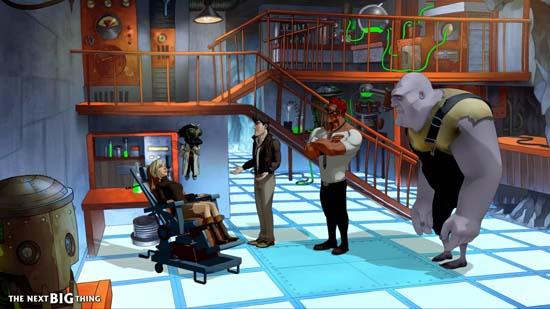 Players will get to play as both halves of the dynamic duo when The Next Big Thing launches in April for Mac and PC.

The Next Big Thing introduces Liz Allaire and new video

Pendulo Studios has released a new video for its upcoming comic adventure game, The Next Big Thing, introducing one of the game’s protagonists Liz Allaire:

According to Pendulo: “Eccentric and hard working, Liz is both the youngest and the most promising journalist at the ‘Quill.’ Her sleuthing skills will serve players well as they explore the vivid environments.”

The Next Big Thing will be launching for PC and Mac in April.

The Next Big Thing gets release date, new screenshots

The Next Big Thing, the upcoming animated adventure game from Pendulo Studios and Focus Home Interactive, will be launch on March 25th, 2011. It might sound like a long way off, but according Focus Home you can look forward to a humorous mystery story packed with wacky characters, challenging puzzles, and tons of references to popular movies and TV shows.

The story introduces the charismatic duo of Dan Murray and Liz Allaire, who get wrapped up in a crazy adventure full of twists and packed with hilarious encounters, presented in a cartoonish yet sophisticated graphical style.

Focus Home Interactive has provided 3 new screenshots featuring Dan and Liz. Check them out below! 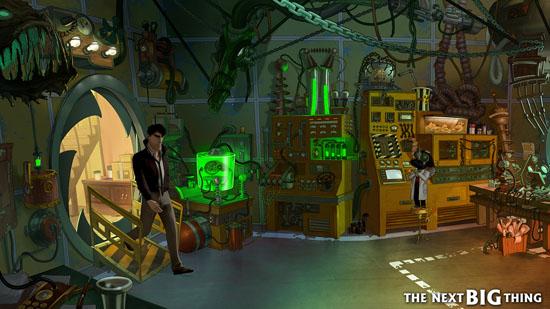 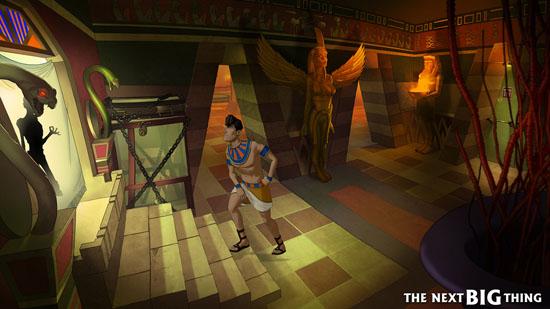 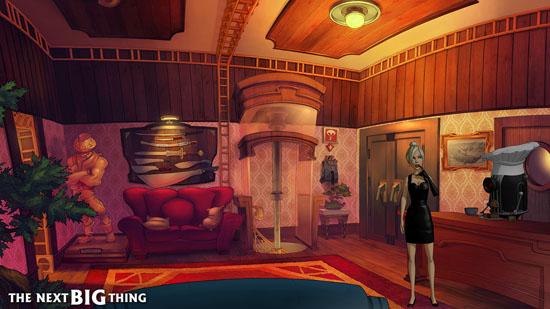