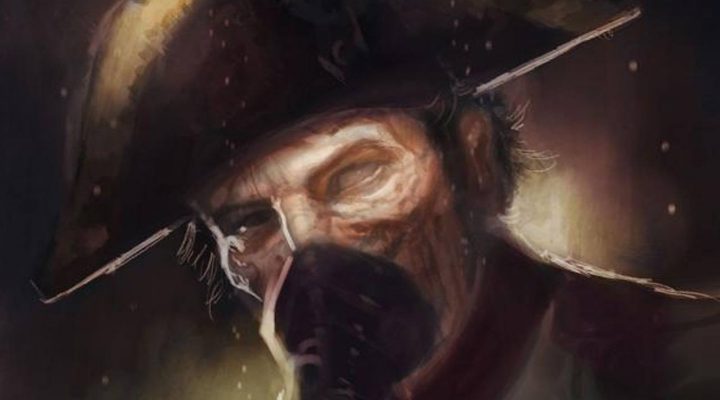 Cubus Games, the developer/publisher behind the gamebook series Sol Invictus, are in the process of Kickstarting their latest title, The Frankenstein Wars.

In The Frankenstein Wars players will guide two brothers, Tom and Anton, through the perilous task of defeating the Zeroists, a movement of French revolutionaries who have taken Dr. Frankenstein’s reanimation technology and used it to generate an army of the dead. After taking over France, the Zeroist movement turns their undead minions towards England and begins shuffling them towards the English Channel. The player must stop that these monsters from spreading.

As the player goes through the game, their choices will ultimately decide if Tom and Anton triumph as brothers, or turn against one another as enemies. Mixed in with the player’s decisions are ever-changing weather conditions that can further alternate the outcome of certain events, as well as real-time decision making which requires the player to quickly make up their mind, or they risk the enemy getting stronger the longer they wait.

The Frankenstein Wars was conceived by Dave Morris (Fabled Lands), written by Paul Gresty (Arcana Agency), designed by Rafa Teruel, and is being published by Cubus Games (Sol Invictus).

For $4.53 (€4) Kickstarter backers will recieve the gamebook, when it releases for Android and iOS devices, later this year. The project is live on Kickstarter now.