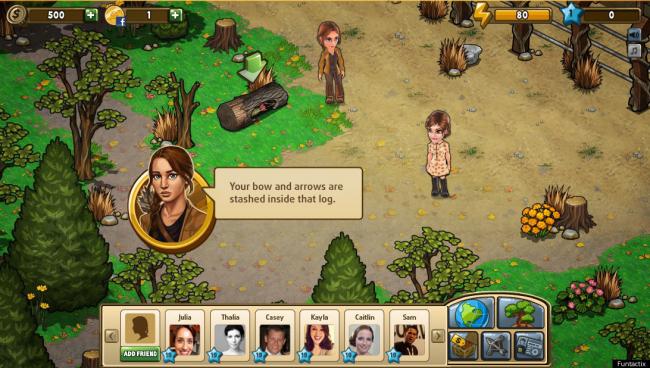 Watch the movie, then play The Hunger Games Adventures on Facebook

Adam Saltzman of Cannabalt fame is not the only developer Lionsgate has struck a deal with to create a game for The Hunger Games. Funtactix is working on The Hunger Games Adventures and plans to launch the game on Facebook on March 23, the same day the movie is released (I am planning my wait in line now).

Described by the developer as a social adventure game, The Hunger Games Adventures drops you in Panem, where you create your own citizen and embark quests alongside characters of the story, including Katniss, Peeta, Gale, and Haymitch.

A cool feature about the game is that for the first time, the actual map of Panem will be revealed, and players will be able to discover how all the districts fit together as they play the game. As a fan of the book, I assumed District 12 (where Katniss is from) is Appalachia and the Capital is somewhere around the Rocky Mountains. But now, we’ll know! Funtactix describes the role of Suzanne Collins, author of the book series, as deeply involved, which will be key to this game’s success considering that it’s an adventure game at heart.

Another cool feature of the game is it’s avatar and game engine. The game engine combines 2D and 3D to give your character and the game world a higher level of depth than seen in most Facebook games.

Being on Facebook, The Hunger Games Adventures is social and free-to-play. Players can create their Forest Escape which they can customize with items collected through quests and of course, purchased through Facebook Credits and visit the Forest Escapes of their friends.

Though players will be able to explore all districts of Panem, including the Capital, they will not play in the actual arena as of launch. This is disappointing in that it would be very obvious for the developer to segment player vs. player combat (PVP) in the arena away from the rest of the game. At it’s core, The Hunger Games world is more hardcore than the world of FarmVille, and it would make the game more unique (something I wish we’d see more of with Facebook games). Alas, maybe in a future expansion. 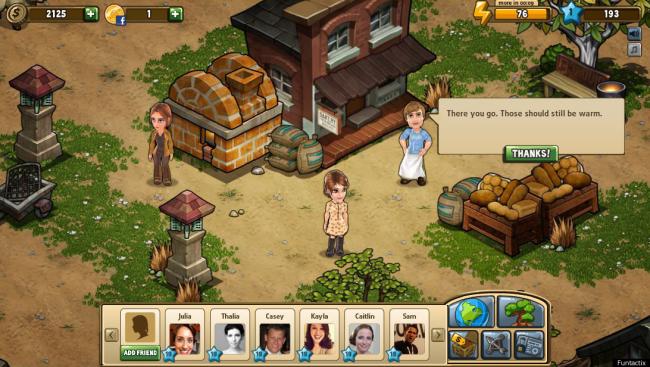 The fact thatThe Hunger Games Adventures is launching the exact same day as the movie is interesting. Though Funtactix has experience creating movie-related social games such as Rango and Mission Impossible, my guess is that there are more rabid fans of The Hunger Games than Tom Cruise game fans.

Even Zynga, when they launch their games, slowly open up the marketing channels for the first month to ensure scalabilty. When I spoke with Funtactix about the possibility of millions of Katniss-wannabes swarming their game on day one, they assured me that their game is designed to very scalable, and they are excited about the prospect of a crowded game world on day one.

If they are successful with The Hunger Games Adventures, we should expect a lot more movies and social games being released on the same day in the future.