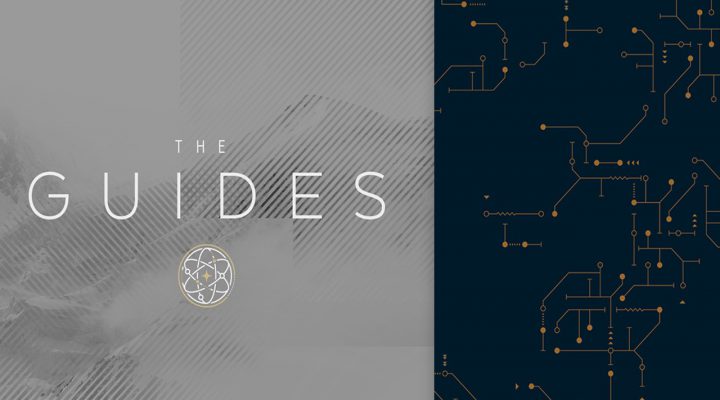 The Guides reminds me of something that Mulder and Scully would work on during an episode of The X-Files. Piecing together seemingly unrelated clues was a key aspect of the show, and players will have to do the exact same if they plan on getting to the bottom of the game’s mystery. Not to mention that there is a weird, almost extraterrestrial feel to everything I saw in the trailer.

In the trailer, which you can watch below, we get a good look at many of the puzzle types that players will have to work hard to solve. From weird, Matrix-like vertical character sequences, to images of strange geometric patterns, to GPS coordinates laid out onto a map that looks like something straight out of a Roswell case file.

According to the developer, there are “hundreds” of puzzles in The Guides for players to scour over. The montage in the trailer is obviously just a select few puzzles, but even from just seeing that selection, I’m itching to jump into the game and unravel the story behind The Guides.

What’s even more inviting, is that even though the developer is adamant about how challenging The Guides is, there are ways that players can lessen the difficulty. Morse Code Decoders, Binary Code Decoders, and a distress support system are in place to aid players through their quest to solve the puzzles.

Look for The Guides for both Android and iOS devices on August 17th.