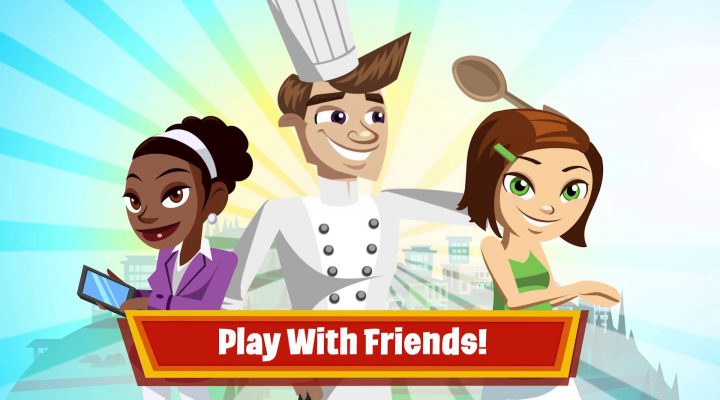 Earlier this year, Glu Games acquired PlayFirst, the developer of the hit Diner Dash series. Flo’s needed some time to re-adjust her apron and tie up her shoes, but she’s ready for action again. Diner Dash is making a comeback, and this time it’s a free-to-play title. Glu’s first Diner Dash release date is happening next Thursday, October 9th.

The new Diner Dash appears to play similarly to other entries in the series. Flo must queue up orders and serve them in a timely manner to a demanding clientele. There’s a whole new group of customers bumming around the diner these days, including dine-and-dashers, and coffee fiends (do not engage until they’ve been served at least 100 mg of caffeine).

But Flo has new friends to help her get the job done, too. One of her new pals is “Cookie,” a chef with a love for great food and a simmering hatred for frozen dinners. Down with Swanson! (actually their Salisbury steak will sufficiently fuel you in a pinch, but Cookie doesn’t need to know that).

Blossom Tales: The Sleeping King Wants to Put a Zelda-like on Your iPhone