The Deep Paths: Labyrinth of Andokost Headed to Mobile Soon 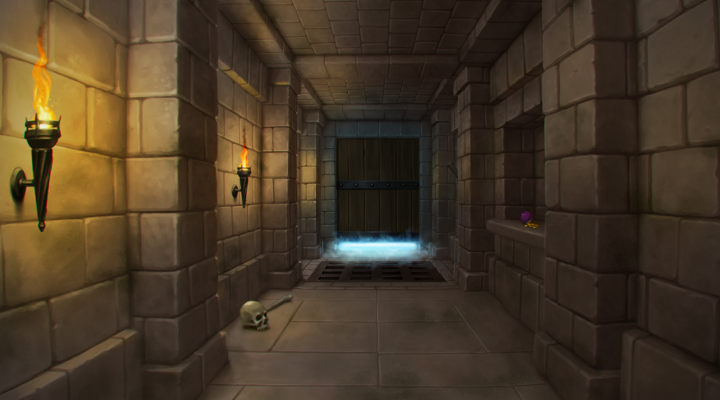 The Deep Paths: Labyrinth of Andokost is the spiritual successor to Coldfire Keep, a first-person dungeon crawling RPG which was developed by Steve Jarman and published by Crescent Moon Games in 2014. We were big fans of Coldfire Keep at the time of its release, when it picked up the retro-RPG mantle from Legend of Grimrock. If you’d like a more detailed backstory on the genre we recommend checking out either of those reviews by Andy Chalk, but the gist of it is: first-person dungeon crawlers were fairly popular 20+ years ago during the era of Eye of the Beholder and Wizardry, but they’re much harder to come by these days.

The Deep Paths will continue the micro-renaissance of the genre on mobile and Jarman’s contribution to it specifically. Like Coldfire Keep, players will explore a multi-storied dungeon filled with loot and equipment to collect, puzzles to solve, hidden paths to uncover, traps to avoid, and enemies to conquer. You’ll command a party of up to four adventurers who will fight roaming skeleton knights, orcs, bats, giant rats, and more through active, turn-based combat. Although Coldfire Keep’s influence is obvious in the screenshots and trailer, Jarman claims The Deep Paths is “bigger and better” in every way.

The Deep Paths: Labyrinth of Andokost is scheduled for release on iOS within the next two months and Android slightly after that, but it’s already launched on Steam. Players’ reviews of the PC version are very favorable, comparing it to Legend of Grimrock and Dungeon Master and praising its level of challenge and rewarding amount of secrets. The mobile version should be nearly identical to the PC release, with the addition of streaming options via ReplayKit. If you were a fan of Coldfire Keep or Legend of Grimrock, The Deep Paths will be an obvious choice to add to your collection in early 2017.