The Book of Unwritten Tales: The Critter Chronicles Preview 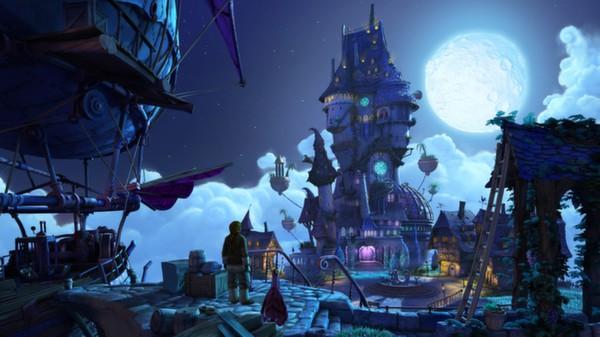 So the tales are unwritten, but there’s still a book? I think my brain just exploded.

The Book of Unwritten Tales is a favorite around these parts, thanks to its enjoyable point-and-click adventure gameplay and offbeat sense of humor. If we were to lodge a complaint against it, though, it would probably be how underutilized the Critter character was. Apparently reading our minds, the creators have gone and unveiled The Book of Unwritten Tales: The Critter Chronicles, a prequel that tells the story of how the eponymous Critter and character Nate Bonnett first met.

Critter belongs to a species known as—wouldn’t you know it—Critters. His tribe is under threat by a warlock, and they’re in dire need of help. As it turns out, Nathan Bonnet is the perfect fellow to provide such help. He and Critter set out on a journey together, motivated by justice, love, and other cool-sounding things.

What, you didn’t think Critters were capable of love? They are, and in fact our hero has fallen pretty hard for the tribe chief’s daughter. I can’t say this with any certainty, but I have a suspicion she’ll reciprocate his feelings if he manages to take out the evil warlock.

Players of the first game can expect The Critter Chronicles to maintain its goofy sense of humor, and in fact the new focus on Critter will likely pave the way for even more laugh out loud moments. Also, the game’s description on Steam states that you’ll meet characters like Petra the animal rights activist (an obvious crack at PETA) and a schizophrenic yeti, so to say our hopes for craziness are high would be an understatement.

The game launches on December 5, which is about 4 days and 22 hours from the time of this posting. If you’re worried about it slipping your mind between then and now, I suggest clicking the “Follow” button at the top of this page!

Heroes of the Realm Preview