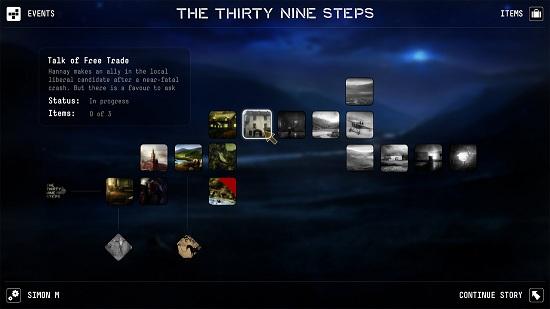 There were two major things to take out of the recent art title, Dear Esther. One, videogames can be a great way to tell a traditional story, even with just a little bit of interactivity. Two, European voiceovers are the best. With The Story Mechanics’ and Lance Mamba Global’s adaptation of the literary classic, The Thirty-Nine Steps, you can have the best of both worlds.

The original story tells the tale of Scottish detective Richard Hannay as he uncovers a mass murder case in London. One part James Bond and one part Sherlock Holmes, it’s up to Hannay to get to the bottom of this mystery before the cops convict him of it first.

The game is set to be equal parts book, movie, and interaction, with a blending of the three mediums in a unique fashion. “We use words when words work best, and audio and visuals when they are based in a storytelling mechanism”, explains Simon Meek, Executive Producer and Lead Developer of The Story Mechanic.

The game features multiple storytelling elements, such as being able to view the story from multiple perspectives at the same time, viewing the game through multiple eras of storytelling medium, or using a branched dialogue system to explore non-core narrative. 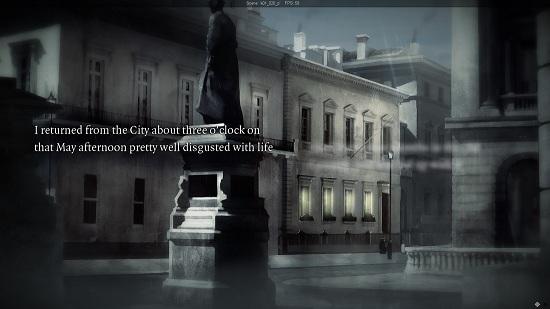 The production will feature an extensive list of famous Scottish TV and theatre actors, including Ian Hanmore (Of Doctor Who and Game of Thrones fame), Nick Underwood, Robin Laing, and Benny Young. Combined with the Unity 3D engine for support of over 200 unique environments, it looks like this storytelling production will be anything but a low-budget adaptation.

If all goes well, The Story Mechanic will be looking to release a full series of books adapted for interactive medium. For gamers excited to see how this new storytelling medium comes to life, The Thirty-Nine Steps is looking to launch for iPad, PC, and Mac by the end of this Spring.