Tap My Katamari Rolling onto Android and iOS Soon 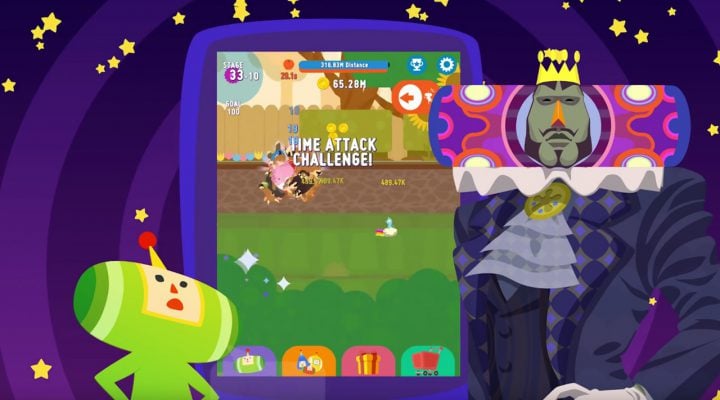 The Katamari franchise is one of gaming’s quirkiest bits of smile fuel, and it’s been around for more than a decade now. The first release, 2004’s Katamari Damacy, was a charming, roll-away hit. The game centered on a rolling ball that gradually grew larger as it accumulated objects of greater sizes. Katamari Damacy won plenty of awards, was exhibited in the Museum of Modern Art in New York City, and cemented the franchise in the hearts of gamers all around the world.

Bandai Namco have long been portable-friendly with the Katamari games. They first debuted Me and My Katamari on the original PSP in 2006, and then a year later Katamari Damacy Mobile released for mobile phones in the pre-smartphone era. Since then we’ve seen Rolling With Katamari, I Love Katamari, and Katamari Amore released for mobile devices amid a smattering of console and handheld releases.

Tap My Katamari is shaping up to be the franchise’s latest mobile game, and it’s changing things up a bit to fit with some current mobile gaming trends. The biggest change is the gameplay is transitioning from a 3D roll-around game to a 2D clicker game where players tap-tap-tap their touchscreen to keep their katamari going (and growing).

The teaser trailer promises that Tap My Katamari is “coming soon” for Android and iOS devices.

Super Senso Is One for Advance Wars Fans in 2016