Home / Upcoming / Take the Road Not Taken This August 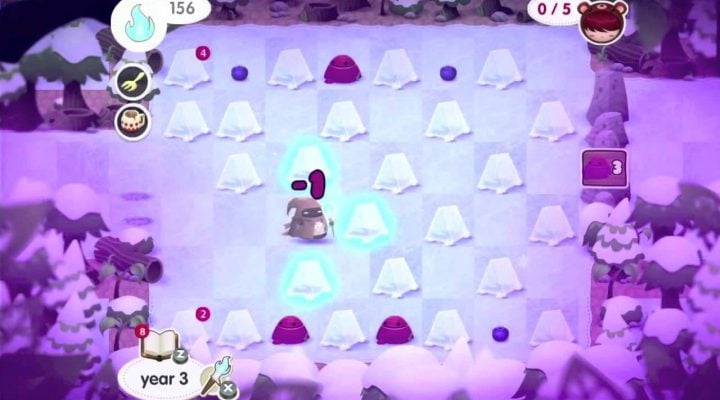 Spry Fox, best known for Triple Town, has announced the release date for Road Not Taken, their upcoming entry into the popular roguelike genre. The game is releasing on Steam and PS4 on August 6th. The announcement trailer is fantastic and should be watched right now:

However, Road Not Taken should be less explosiony. I think, the Earth blowing up could be a part of the story Spry Fox has yet to reveal. But everything shown off about the game has been about not being just another explosion-filled game. Spry Fox has discussed how they want the game to be deep, about discovering new items through crafting, trying to manage with the characer’s limited lifespan, and about being clever rather than just being strong. Oh, and discovering all the secrets that Spry Fox has hidden in the game.

The game is going to debut on PS4 and Steam for Windows & Mac on August 6th. The Vita version is still coming, but has been delayed to the fall, hopefully. The developers have said they “want to do mobile platforms” for the game at some point down the road as well.

Spry Fox is blogging regularly about their philosophies behind the game, as well as including GIFs and videos of the game in motion, giving a unique behind-the-scenes look at this promising upcoming game.

Splatoon and the Case of Gameplay vs. Gunplay