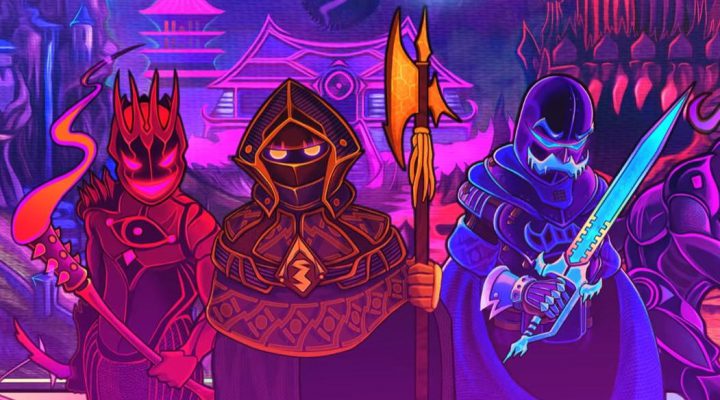 Castle Battles, the freshman PC offering from developer Light Arc Studios (Super Stunt Cars, Relativity Wars), launched on Steam back in December and brought with it streamlined strategy gameplay designed for fast-paced, manic battles that could be finished in minutes. If that sounds like an ideal fit for your mobile device, then you’re in luck: Light Arc agrees, and they’re releasing Castle Battles on iOS and Android on April 25th.

The extremely colorful, bombastic world of “The Great Tapestry” is split between four constantly-warring factions: Les Moustachiers, The Clearly Evil Empire, The Purperilous, and The Order of Awesome. Players will take control of each faction in four separate campaigns, growing their empire through resource-hoarding and castle-building. While inspired by well-known 4x strategy series such as Civilization and The Settlers, Castle Battles is designed to reduce the classically lengthier sessions down into hectic, shorter bursts of intense decision-making. This doesn’t mean the stakes or controls are lessened: there are potentially thousands of troops active on the map at any time, taking part in massive battles at once. This madness is visible in the trailer above, as you see hordes of enemies converging on single castle strongholds.

While skirmishes seem like intense affairs, Castle Battles obviously doesn’t take itself too seriously. The game’s tongue-in-cheek humor maintains across 40 levels and through its theatrical voice acting. Light Arc has assured that the game is suitable for any skill level, and a recent patch to the PC version reinforces this by adding the option to skip stages. Longtime strategy fans and newcomers should both have something to look forward to when Castle Battles launches later this month.

Harvest Moon: Lil’ Farmers is Ranching for a New Generation