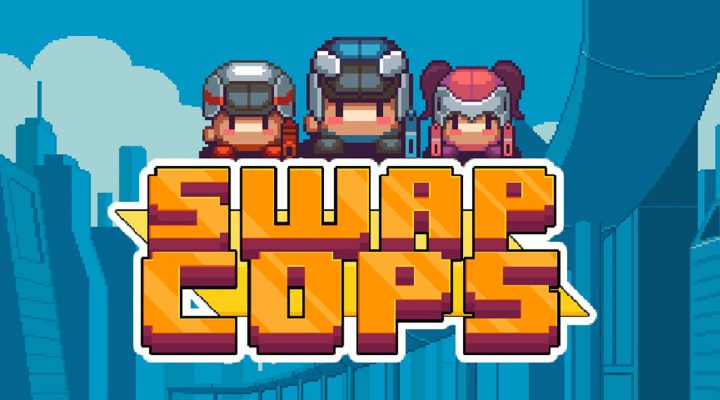 Savory Games just revealed that Swap Cops, an indirect sequel to Swap Heroes, is coming soon for both Android and iOS devices. In our review of last year’s Swap Heroes, we awarded the game 4 our of 5 stars, citing its unbalanced gameplay as the main thing holding the game back from a perfect score.

According to Savory Games, Swap Cops is an improvement in every way from Swap Heroes. While Swap Cops is maintaining the Swap franchises’ turn-based gameplay, Savory Games said that players can now accelerate the gameplay to “an almost real-time pace.” So players who thought that Swap Heroes was a bit too slow may want to come back and check out the latest entry in the series.

One way that Savory Games is accelerating the gameplay is by decreasing the amount of tapping that players will have to do.

Beyond speeding up the gameplay, Swap Cops features more varied objectives for players to complete. From rescuing civilians to defeating certain amount of enemies, there will be more for players to accomplish in the sub-two minute levels that Swap Cops comes stocked with.

While the first two Swap Heroes games were paid releases, Savory will be going the free route this time around. Look for Swap Cops on September 2nd for iOS and September 9th for Android.

Don’t Call it XCOM: Game Insight’s X-Mercs Stands on Its Own