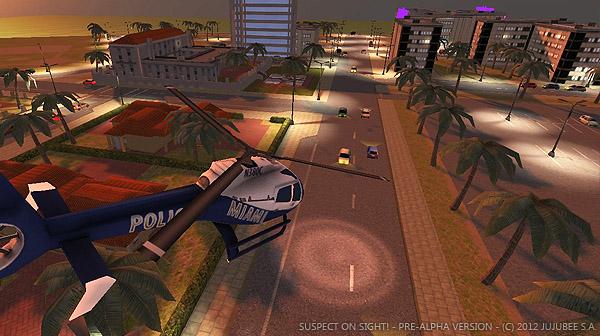 Take to the skies in a police chopper with Suspect in Sight!

Somewhere in a preview I wrote for Gamezebo months ago, I went over my obsession with watching TV news coverage of high speed police chases, typically out of Los Angeles. I related that story to a game that was fitting, as you played as the in-car cops hunting down the perps. But in the upcoming game Suspect In Sight!, you get to play as the chopper!

You’ll fly around Miami and New York (with Los Angeles coming later in a free update) as you live the life of Rob, “the ultimate badass police officer who gets things done!” While flying his chopper around seeking out the criminals, you’ll use the spotlight to bring them to justice. Accelerometer and regular controls are available for your piloting pleasures. You’ll also be told the story through comic strip style panels as the game unfolds. 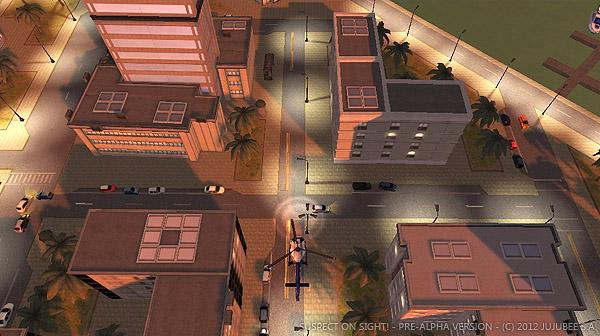 A special recognition goes out to the press release that announced this game. In the detailed bullet list of features (of which there are many: iCloud, Apple TV Out, GameCenter, etc.) they mention “a grain of ribalt humor!” For whatever reason, that tickled me pink. If the actual game lives up to the liveliness of its press release it should be a good time. We’ll find out sometime when Suspect in Sight! makes its debut this April.