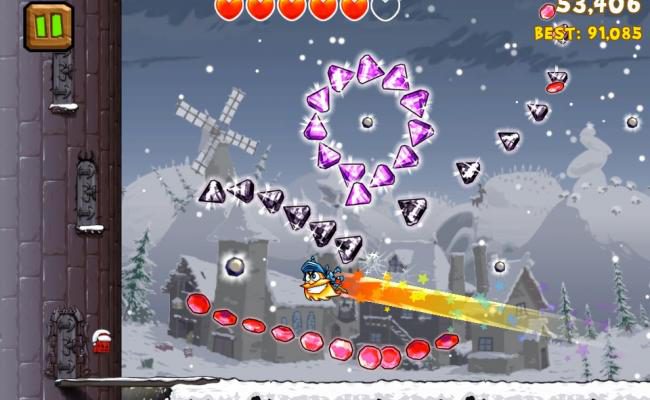 Getting into the swing of things

During my trip at E3 2012, I was able to sit down and try out a handful of promising new Chillingo games. Two of them released during the show itself – Catapult King and Tiny Troopers – and are now comfortably sitting at #1 and #22 in the iPad App Store, respectively. The third game I was able to try, Knights of the Round Cable, feels like it’ll enjoy the same success.

In a world where evil monsters and witches control lands that resemble Plinko boards, it’s up to a crew of unexpected knights to save the day. By latching on to the nearest peg with your trusty cable, you can abuse centripetal motion while saving the day. 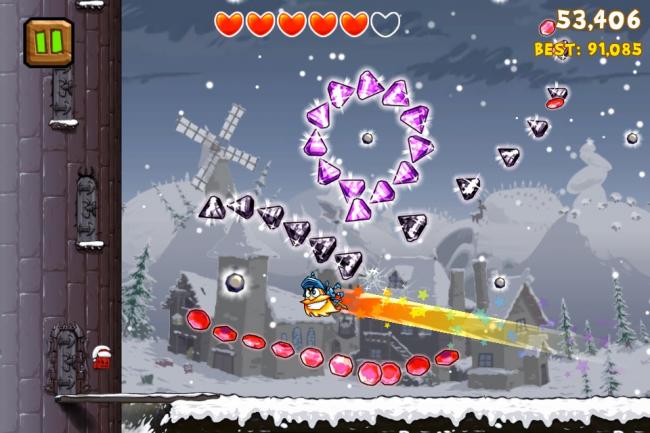 The main goal is to time your cable latching perfectly so that you can obtain as many gems as possible. Latching from circle to circle is simple to learn, but difficult to master. As later stages require you to dodge incoming obstacles, rescue caged princesses, and change directions while swinging, your adventure gets pretty challenging.

While your main objective is simply to play until you beat your high-score, Knights of the Round Cable takes its lessons from past successful titles. From Jetpack Joyride, it takes the mission system, which allows you to mix up your gameplay in return for greater in-game currency awards. 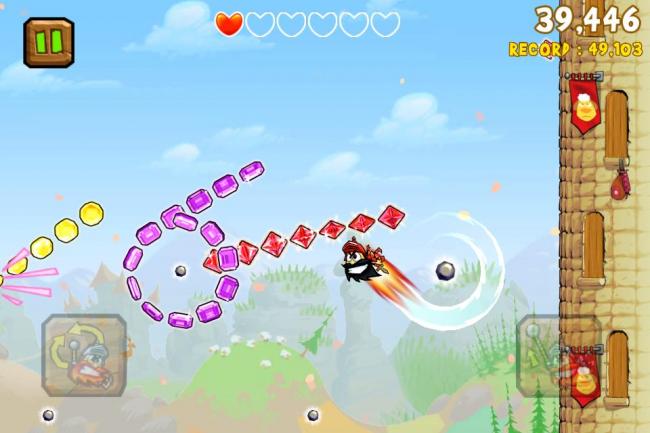 From Temple Run, it adopts a generous permanent upgrade system, allowing you to grow progressively stronger with each run. In addition, several different knights are available for enlisting as well. Unlike Temple Run, however, each character carries its own unique ability.

From a unique gameplay element to all the best practices in addictive high-score mobile gaming, Knights of the Round Cable looks like another Chillingo success. Just like the captured princesses, you won’t have to wait long for the knights to arrive: they’re set to swing into battle later this Summer.