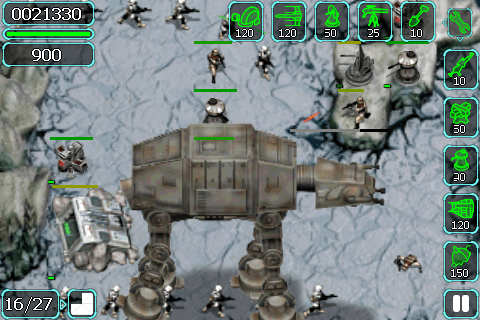 With only one week to go until it’s July 15th release, Battle for Hoth developer FluffyLogic has released the first video trailer showcasing actual hands-on gameplay.

Can’t get enough of The Battle For Hoth? Be sure to read our interview with FluffyLogic to learn all about developing tower defense in the world of Star Wars!

Star Wars The Battle For Hoth Preview: Tower defense in the tummy of a tauntaun

Star Wars fans, it’s time to put on your parkas and live out one of the greatest battles the original trilogy had to offer. THQ has just detailed its next Star Wars game, a tower defense experience that has players defending the frozen wastelands of Hoth.

Star Wars: The Battle for Hoth recreates the epic battle between Rebel and Imperial forces that took place at the beginning of The Empire Strikes Back. Players will assume the role of a Rebel commander who is trying to protect the main shield generators before the evacuation of Hoth is complete. 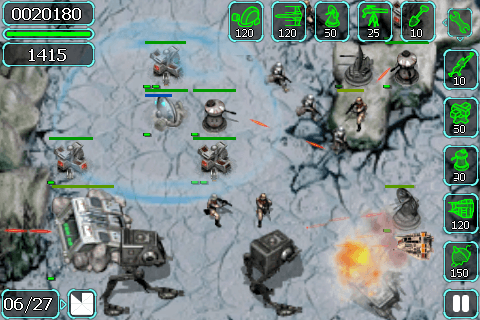 9 different towers will be at your disposal, many of which recreate units and buildings that will be well known to Star Wars aficionados. Ion Cannons, X-Wings, and Snowspeeders will all be available through the construction of different buildings.

The enemy assortment will offer a similar satisfaction for veterans of the series. AT-AT’s, Speeder Bikes, Snow Troopers and Probe Droids are included amongst the 8 units that players will need to defend against. The game is set to span 15 levels, offer multiple difficulty settings, and allow infinite replays of levels once they’ve been unlocked through a secondary Fortress Mode.

What sets The Battle of Hoth apart in a sea of tower defense games, apart from the Star Wars license, is that players will have the ability to change the targeting order for units. This means players can put the focus on attacking ground units over air units, for example, or weak over strong. Players will also be able to build trenches to protect their infantry units and funnel Imperial forces into kill zones. 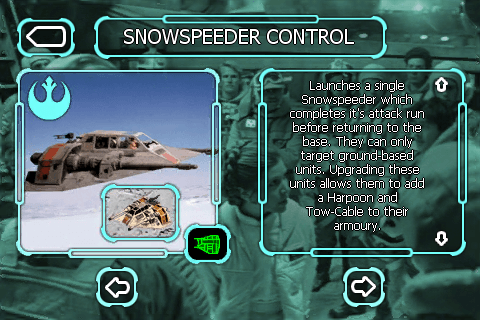 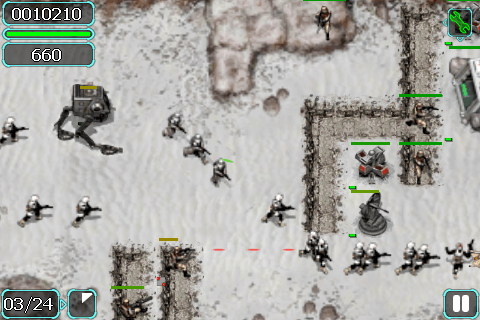 THQ has had a long history with the Star Wars franchise on the iPhone, having been previously responsible for Trench Run, The Force Unleashed, Cantina, and a wealth of Star Wars iPhone comics and sound boards. Where THQ doesn’t have any iPhone experience is tower defense games. It should be interesting to see how they tackle the genre, especially with such a high visibility title as their first attempt.

Want to be the first to know when Star Wars: The Battle for Hoth is released? Be sure to set a Gamezebo game alert to be notified the moment it’s in the App Store!