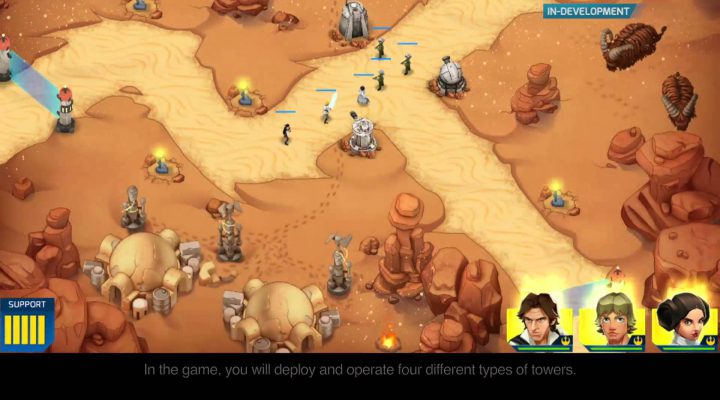 Tower defense fans with a love for galactic stormtrooping have been chomping at the bit for this one – and while it’s not here quite yet, at least we have some more details.

A new developer diary video released today confirms a few things. For one, it looks like the game will focus fairly heavily on heroes – a number of recognizable faces, from Han Solo to Mace Windu, were  revealed. And if you take a look at the bottom right hand portion of the gameplay, it looks like three heroes will be involved at any given time.

Players will be limited to just four towers to pick from: melee, ranged, artillery and status. Don’t worry – we don’t know what that last one means either. 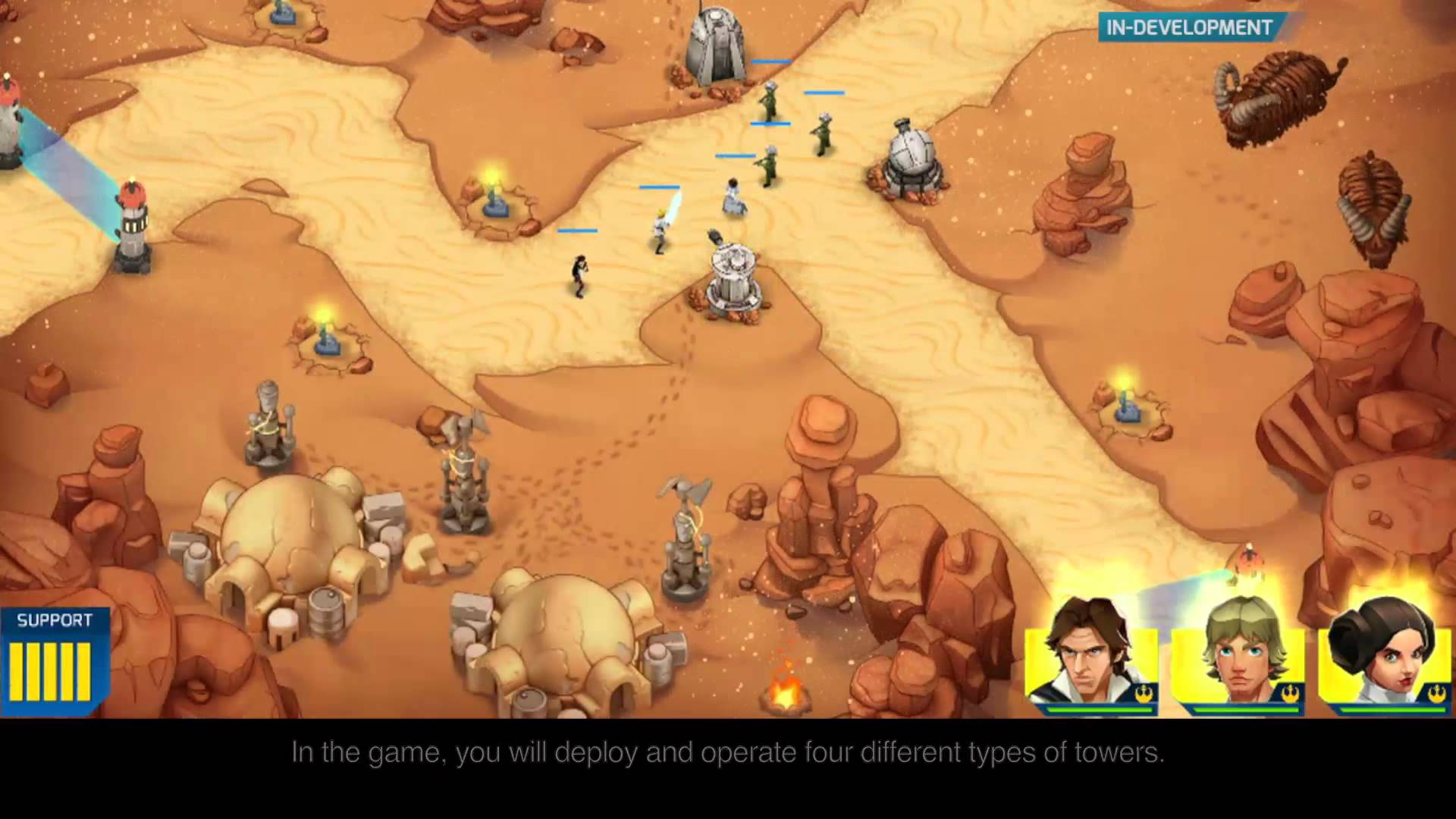 Heroes and towers will be able to equip up to three “relics” to tweak them how you’d like. Relics appear to be basic stat boosts, like health, speed, attack power, etc. – though I suppose we’ll have to wait until we’re hands-on with the game to say for sure if that’s all there is to it.

Hoth and Tatooine are the two environments that have been confirmed at launch, but I wouldn’t be surprised to see that grow fairly quickly. At the very least, a lush green landscape like Kashyyk/Yavin-4/Endor seems inevitable.

No release date in sight yet, but when Star Wars: Galactic Defense does come, it will be a free download for Android and iOS.

Simogo’s ‘The Sailor’s Dream’ Comes to Shore Next Week