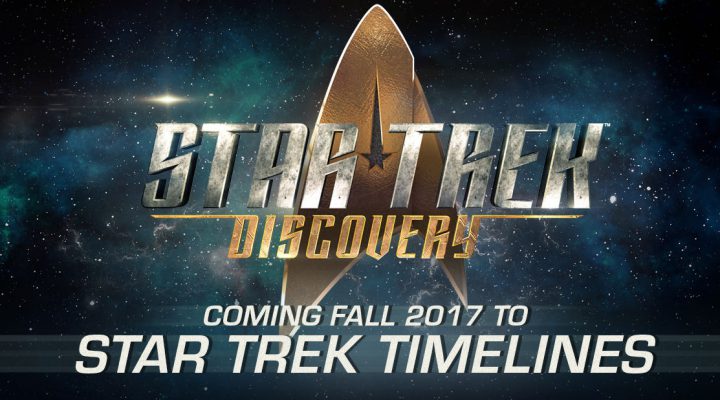 After a bit of a rocky start in the always important court of fan opinion, the buzz for Star Trek: Discovery is building as we get closer to its Sept. 24 debut. Is Star Trek Timelines, a game that celebrates Trek in almost all of its incarnations, going to be left out of the fun of a brand new series for the first time in years?

Don’t be a melanoid slime worm, of course it isn’t. Disruptor Beam recently revealed that both the story and cast of Discovery will be integrated into Timelines the same month that the new show premieres.

“We are all Star Trek fans here at Disruptor Beam – we’ve grown up with and have found inspiration in the first five TV series, and we look forward to seeing how Discovery will expand the Star Trek universe in the coming months,” Erin Prince, Star Trek Timelines Product Owner at Disruptor Beam, said in a press release. “It was with great enthusiasm that we approached CBS Consumer Products about integrating future Discovery content into Timelines. We can’t wait to give our existing players even more Star Trek content to experience, but we also look forward to opening up Timelines to a whole new generation of Star Trek fans.”

Star Trek: Discovery is set about a decade before the original Star Trek series, and will follow the crew of the USS Discovery while also probing into more of the history between the oft-strained relationship between humans and Klingons. Considering how multiple eras of Star Trek history and the Klingons themselves are already big parts of Star Trek Timelines, the new show should be a perfect fit.

You’ve got about a month to prepare, so if you haven’t started playing Star Trek Timelines yet, set a course for the App Store, Google Play or Steam and hop in for free before this stardate ends.