Spritebox Lets You Develop And Publish Games From Your iPhone 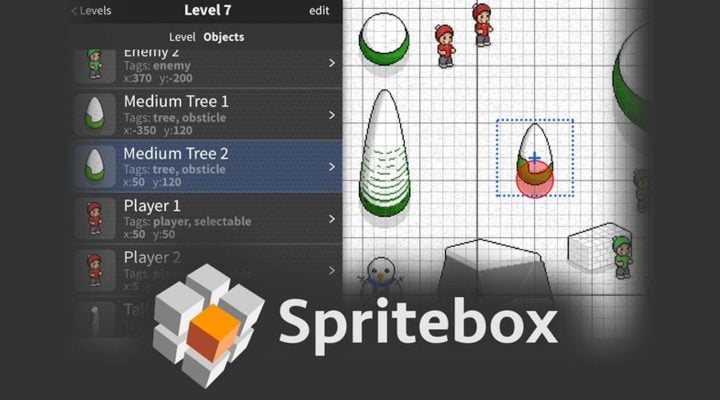 Sauce Digital has launched a Kickstarter campaign for their Spritebox app which will allow hobbyist game developers construct simple games on the go.

Labeling Spritebox as a “mobile gaming ecosystem”, Sauce Digital is seeking £45,000 ($71,898) to assist in completing the mobile game publishing app. Alongside providing developers with the tools they need to construct a mobile game, Spritebox also functions as a games hub for all the games created using the app. So iOS users not interested in making a game can still download the free app and play all the games that have been made with it.

One of the key features of Spritebox is that it requires no coding whatsoever. Users can create their own in-game assets (or buy assets pre-made by Sauce Digital) and plop them right down into pre-configured templates for the game genre of their choosing.

Because Apple doesn’t allow the selling of apps within apps, Sauce Digital setup Spritebox so that users who wish to sell their games can do so on their own. When asked if they plan to allow users to sell their custom-made assets that they upload to Spritebox, Sauce Digital told Gamezebo that they are definitely considering the idea. “It would substantially increase the number of assets available.  However the work required for the developing of a payment system for the creator rules this out of version 1.0,” said Sauce Digital director Morgan Davies.

Currently, Sauce Digital is focusing their efforts on the iOS version of Spritebox, but they plan to expand the app to Android devices in the future.

Need for Speed: No Limits Will Be a Mobile Exclusive Racer from EA