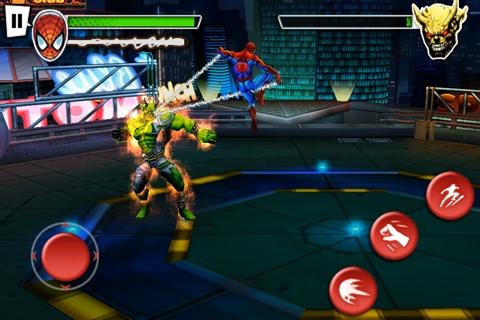 While the home console world may be abuzz with the impending release of Spider-Man: Shattered Dimensions, iPhone gamers feel their Spidey senses tingling for a whole other reason. Gameloft is in the final stages of readying Ultimate Spider-Man: Total Mayhem for the App Store, and it looks to be a web-slingin’ good time.

Based on the Marvel Ultimate universe, where heroes like Peter Parker have seen a series reboot that takes them back to their younger days, Total Mayhem is a 3 dimensional action game that will pit Spider-Man against a variety of villains as he fights his way across New York City.

Confirmed to appear in the game are six of Spidey’s biggest bad guys: Green Goblin, Venom, Dr. Octopus, Electro, Sandman, and Rhino. The game will also boast 12 different New York City locations from rooftops to subways that will be navigated in a way only Spider-Man could manage – web-slinging and wall-climbing.

Combat will be controlled by a small selection of on-screen buttons, which when pressed in certain combinations will result in 20 different attacks. Also confirmed for the release is a photography mini-game, hidden collectibles that will unlock comic art, and an unlockable black symbiote costume that will provide Spidey with, in the words of Gameloft, “new capacities.”

Total Mayhem isn’t Gameloft’s first foray into the world of the web-slinging wonderkid. Last year the company released the side-scrolling beat’em up Spider-Man: Toxic City on a variety of mobile devices, and it was generally well-received by gamers. 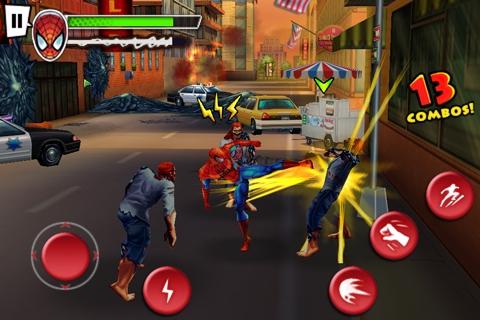 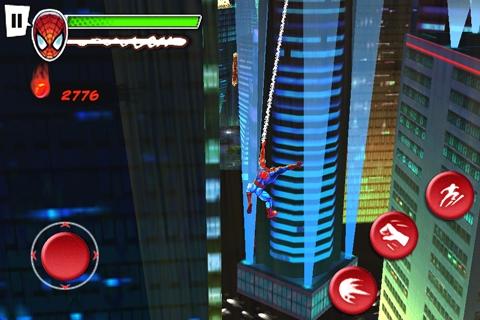 Superhero gaming is a genre that’s been surprisingly under-represented on the iPhone, and we’re delighted to see that Gameloft’s Marvel partnership is resulting in more than just movie adaptations for Apple gamers.

With an original story, a striking art style, and a seemingly deep combo system, Total Mayhem may be the 3D action release that iPhone gamers have been waiting for. We’ll be able to find out soon. Ultimate Spider-Man: Total Mayhem is expected to swing onto the App Store this upcoming Wednesday, September 1st.