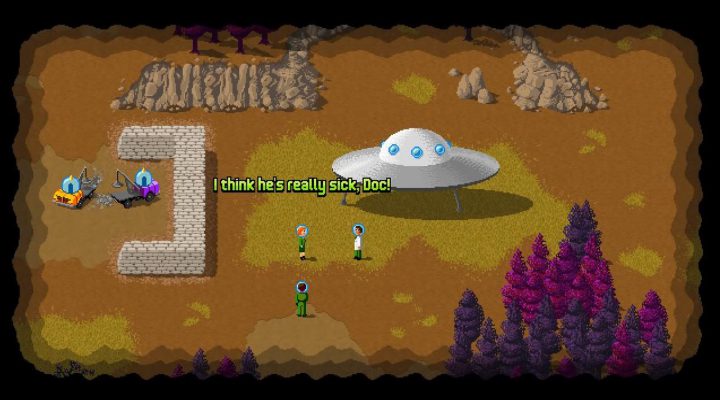 Four years ago we positively reviewed a game called The Incident from indie developer Big Bucket. Now, Big Bucket is gearing up to launch their next title, Space Age for iOS devices on November 13th.

Big Bucket is keeping Space Age largely under wraps. What we do know so far is that the game is set in an futuristic version of the 1970s (think, The Jetsons), and is heavily inspired by 1990s graphic adventures (think, Monkey Island). The plot of the game revolves around a team of intergalactic explorers who have landed on a mysteriously familiar planet.

One thing that we’re already excited about is the soundtrack for Space Age. We really loved the soundtrack for The Incident, and between our expectations for a strong follow-up soundtrack and Cabel Sasser tweeting out a hype-Tweet about Space Age’s 66 track album…we can’t wait to give the game a listen, let alone play it.

Apart from Sasser, there are only two other people working on Space Age: Matt Comi and Neven Mrgan.

The three-man team told Gamezebo that they have been working on Space Age since the day they shipped The Incident, “It’s been an ambitious and challenging project for just three people, and we think the result is pretty great.”

Visit Space Age’s website, and be sure to look for our review of it in the coming weeks.

Editor’s Note: An earlier version of this article claimed that Space Age would be released on November 6th. The release date is now November 13th.