Home / Upcoming / Sons of Anarchy Will Live on in ‘SOA: The Prospect’ 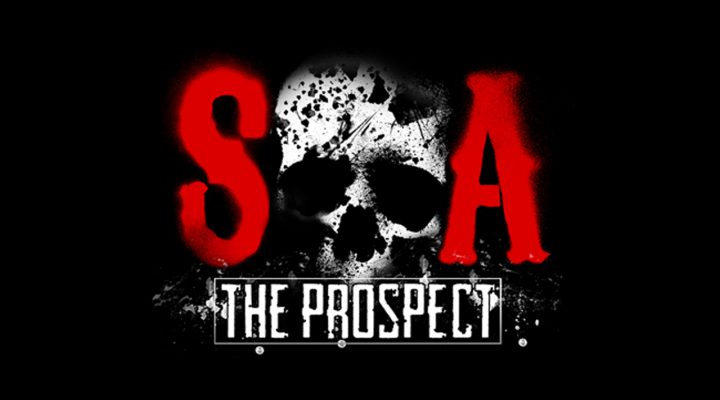 There was a point in time where I was all caught up with Sons of Anarchy, but I’ve since fallen behind and it’s become another show patiently waiting for its turn within my Netflix queue. It’s a rough show, certainly not for the feint of heart, about a motorcycle gang in California that are the kind of antiheroes you hate to love.

That all comes to an end tonight when the series finale debuts on FX. After seven seasons of throaty swearing, bar fighting, bro-hugging, and possibly the world-record for engine throttling noises used in a television show, Sons of Anarchy comes to an end.

Luckily, for fans of the show, the franchise will live on in Sons of Anarchy: The Prospect mobile game.

The press release described Sons of Anarchy: The Prospect as a game which would explore a “previously unknown chapter” of the franchise. The release went on to say that the game is an interactive experience that will feature episodic releases on an ongoing basis. That sort of description instantly brings to mind the type of game that Telltale Games is known for.

Based on the title, “The Prospect” and the game’s description, I’m guessing that players will play as a newbie, trying to make a name for themselves and become inducted into the gang.

Sons of Anarchy creator and executive producer, Kurt Sutter, is working closely with the game developers to ensure that the game is faithful to the franchise.

Sorry Mobile Gamers: Severed Will Be a PS Vita Exclusive