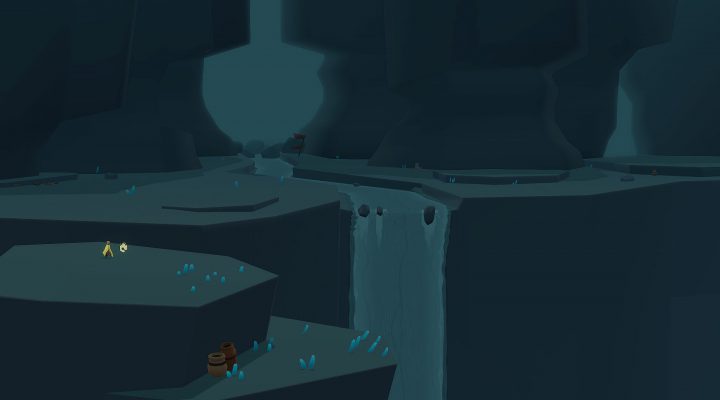 Some video game companies have earned the “sit up and take notice” reaction from gamers and the press when they announce a new title. Thanks to Alto’s Adventure, Toronto-based Snowman is on that list.

We already knew the studio had a new project in the works called Where Cards Fall in partnership with The Game Band. And now, in conjunction with Slingshot & Satchel, the people at Snowman are also bringing a game called DISTANT to life.

It even has a spiffy trailer, which you can see right here. Please watch it and tell me if you know what’s going on.

Cool-looking, right? But also tres mysterious, as I would say if I was in charge of butchering the French language.

Fortunately, Snowman provided a little more of a description of DISTANT as well:

DISTANT takes you on a wondrous voyage through pastel dreamscapes, to prevent a calamity from consuming the world you once knew. Along the way, you’ll confront an inescapable past, and learn how much you’re willing to sacrifice in your search for solace.

Sounds like some deceptively high stakes are involved, at least compared to snowboarding down a mountain in Alto’s Adventure. The studio’s trademark gorgeousness, though, appears to be completely intact.

We can’t tell you yet when DISTANT might grace our desktops, consoles or Apple TVs — you’ll notice we weren’t able to say “smartphones” this time. All we can do is point you to the same site where we’ll be hanging on more glimpses and info, because this is one game we don’t want to forget about.

Swap Sword Combines Puzzles and Swordplay in the Most Awesome Way