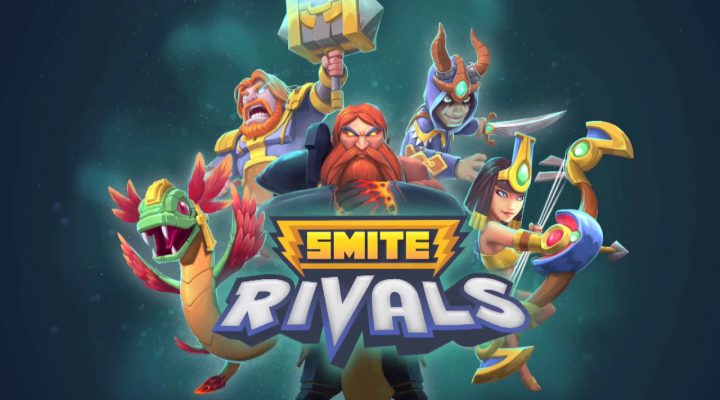 If you’re like me, you probably go through spells of looking longingly at different MOBAs, noting how awesome they appear and then remembering that you stink at MOBAs. Take SMITE for example. Great visuals, cool characters, the whole deal. To date, I’ve never played because of said suckiness.

Hi-Rez might have an answer for that, and one that should be near and dear to our hearts at Gamezebo. In the midst of Hi-Rez Expo, the company announced SMITE Rivals, a game that will feature both card game and MOBA elements in “quick intense matches that take place on a three lane field.” Familiar characters from the SMITE universe will be deployed by playing cards to try to take out the tower on the opposing player’s side.

That sounds a lot like a game that made waves all throughout 2016 (spoiler: it’s Clash Royale). The big hook for SMITE Rivals will be that it will also release on PC and you’ll be able to jump between mobile devices and the computer and take advantage of the same library of cards on either platform — though as PC Gamer points out, that doesn’t necessarily mean you’ll be using your phone to take on a buddy playing on PC.

It looks promising and will let us play in the SMITE world without MOBA skills, so I’m all for it. Hi-Rez is also calling it a Collectible Card Arena game, so if we can all agree that’s what we’re calling this genre from now on, that would be great.

Attendees at Hi-Rez Expo are apparently playing SMITE Rivals already. The rest of us will have to take our chances in the closed beta, which you can sign up for at smiterivals.com. No word on a proper release date yet, just that it is intended for 2017.

‘Slap Shots!’ Puts the Biscuit in the Basket on January 26