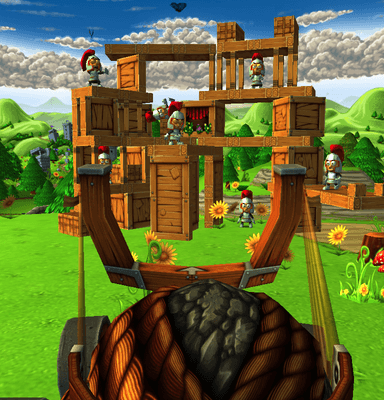 When playing Angry Birds, have you ever noticed that those danged pigs are pretty resilient? Seriously, you can bring down a ton of steel and concrete on their round heads, and they’ll still be alive and smiling (yeah, sneer all you want, pigs–at least your piglets got squashed). Well, you’d better get your pig-slaying technique perfected by this summer, because Wicked Witch Software is ready to take you to the next level: using a catapult to crush an ornery dragon and his armored supporters. 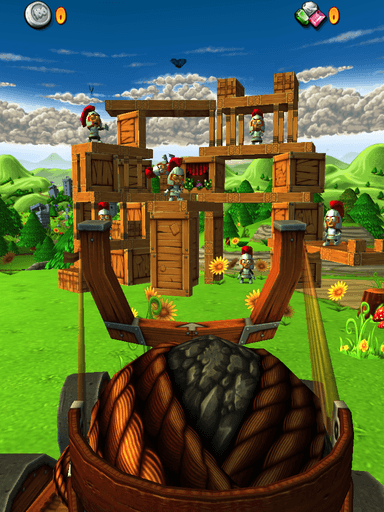 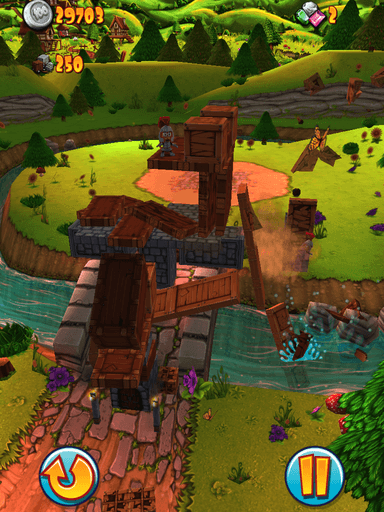 In Smash-a-Lot for iOS, a princess has been kidnapped by a fire-spewing worm. You must get behind a mighty catapult and launch projectiles at the beast, all in the name of love. It’s not that easy, though. The dragon has taken refuge behind a pack of fortresses belonging to a bunch of rogues who are apparently pro-dragon and pro-princess kidnapping. 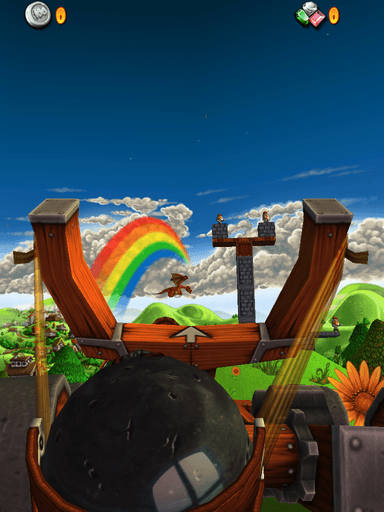 Smash-a-Lot plays much like a 3D take on Angry Birds–it might even be more accurate to call the game a medieval take on the classic puzzle title Boom Blox. Either way, prepare for fun. According to Wicked Witch Software, Smash-a-Lot provides over 60 hours of fun, a tight physics engine, and a wide range of ammunition that ranges from plain ol’ stones to exploding shot.

And, of course, the game boasts lots of silly faces and taunts from the enemy. Beware: you may get mooned.

Look for Smash-a-Lot on iOS in Summer 2012. Stay with Gamezebo for more news on this princess-snatching as it develops.