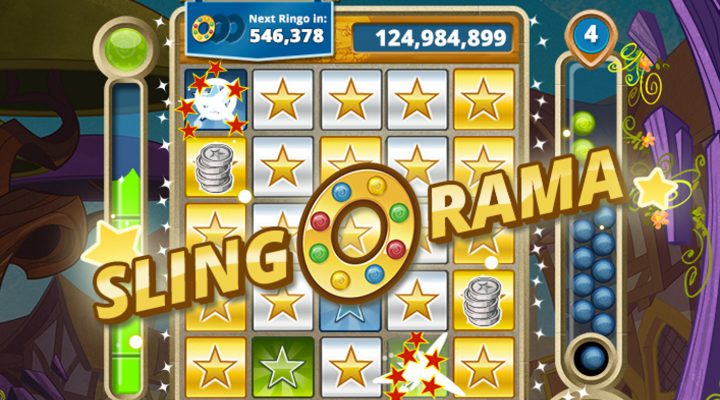 In 1995, Slingo was born. In 2014,  RealNetworks (another entity born in ’95) is bringing it back for a modern era of gaming. Welcome to Slingo Adventure, coming soon to Facebook and later mobile.

Slingo – a portmanteau of slots and bingo that describes rather aptly how the game is played – has taken on many forms throughout its history. It’s been an online multiplayer game on AOL. It’s been a singleplayer game released on CD-ROM. It’s been adapted into slots machines. Most recently the game saw some solid iterations from Zynga and Funkitron. And now, with RealNetworks having bought the game a year ago, it’s coming back as a very modern-feeling free-to-play game. 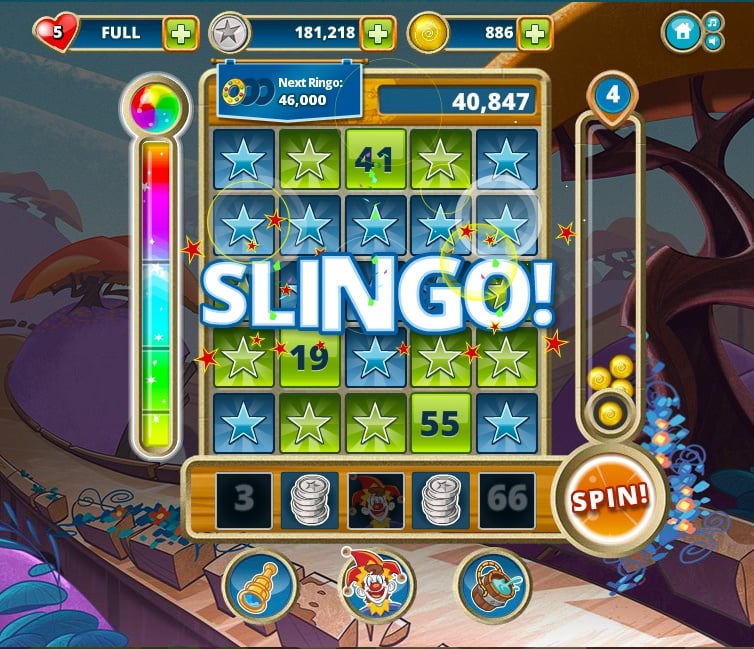 The gameplay at the heart of Slingo Adventure is classic Slingo, but its structure owes a significant debt to Candy Crush Saga. There are 100 levels laid out in a winding path. The goal in each level is to score enough points to hit each of the three “ringo” thresholds, with ringos being this game’s stars. This is done by taking spins of the slingo slots and matching up the numbers as quickly as possible to increase and maintain the bonus meter, which multiplies the score. Jokers can dob any tile on the column, and super jokers can dob any tile on the entire board. This is where the game shifts from being a game of chaotic randomness(because of its luck-based play) to a game with some strategy.

Additionally, opportunities will come up where players can bet 10%, 25%, or 50% of their points on a coin flip or shell game , which can serve as a way to get back into that a ringo threshold, even as a last gasp. Boards come in both 5×5 and 7×7 flavors, and are the same each time; a totem of constancy in the game’s chaotic world.

The game also features an array of powerups that can be used in a round, including “Slingo Vision” that shows where matches are, a minigame protector powerup, and more. Extra spins can be bought from the beginning with coins – a cheaper proposition than using the game’s hard currency of extra spins which can be used at the end of a level. Coins are easier to obtain than those bonus spins, so spending intelligently is wise. 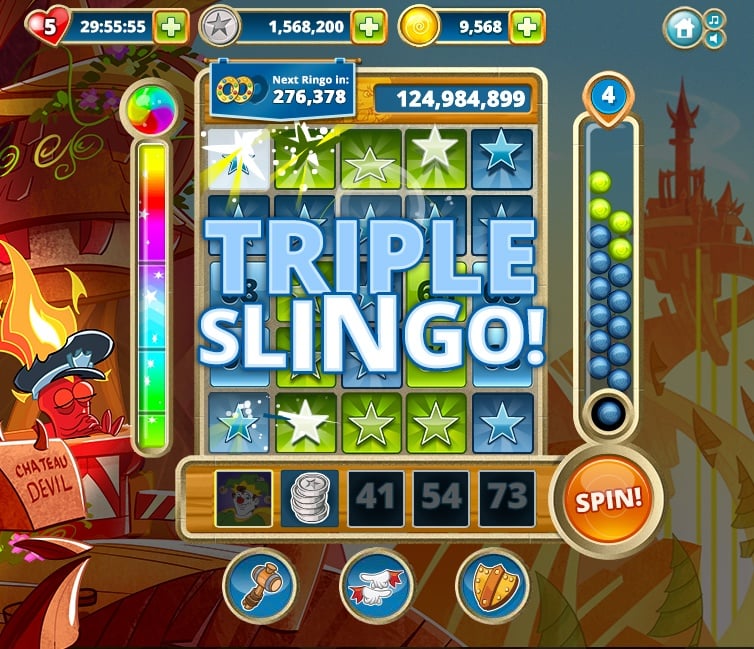 But while it might not be entirely original in its structure, it is emblematic of what Slingo has done over the last few years: adapt and survive. If Slingo needs to become a game that uses Facebook integration for social invites and utilizes a King-style lives system, then Slingo will become that. This is just part of what Slingo is: an adaptable property with gameplay that really is kind of timeless. People love bingo and slots, after all.

Slingo Adventure launches soon on Facebook. The game will be rolling out in the near future to iOS and Android, being the first cross-platform entry in the series. The interface is already setup for touchscreens – it’s quite possible to play the Facebook version with a touchscreen laptop or tablet with no issues. And who knows, maybe one day we’ll even see Oculus Slingo, or Holodeck Slingo.

I’m pretty sure that Slingo will outlive us all.