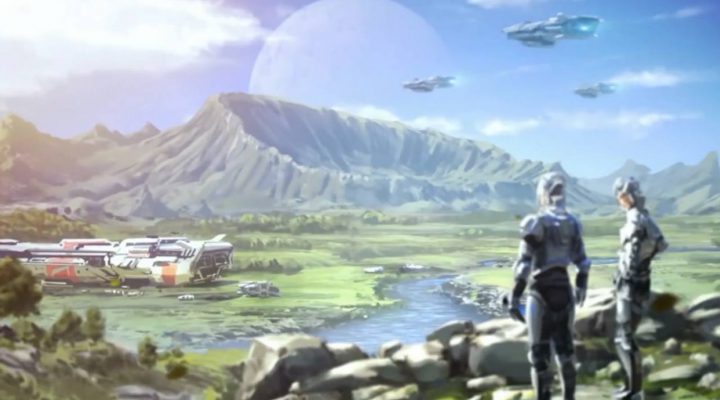 All of you wannabe-Captain Picards have a new date to mark on your calendars: March 12th, the day when Sid Meier’s intergalactic starfleet strategy game, Starships, makes its debut.

Perviously, we wrote a bit about our initial reaction to the game’s showing last month at PAX  South. As spin-off of Civilization: Beyond Earth, Sid Meier’s Starships has players commanding a starfleet whose primary mission is to expand the borders of their territory. This is done by recruiting the allegiance of the planets sprinkled across the game’s map.

To gain the favor of a particular planet, the player is required to complete a handful of tasks requested by the planet’s civilization. Completing each task will wear out the player’s crew, so only so much can be accomplished each turn.

When conflict arises it takes place across solar systems, where torpedoes take time to find their targets (requiring a bit of estimated-aiming) and are affected by the gravatational pulls of the planets. It all sounds very neat and exciting to check out.

According to a recent report on Pocket Tactics it looks like March 12th is the date that we can all get our hands on Sid Meier’s latest strategy game. Look for Sid Meier’s Starships on iOS devices next month.