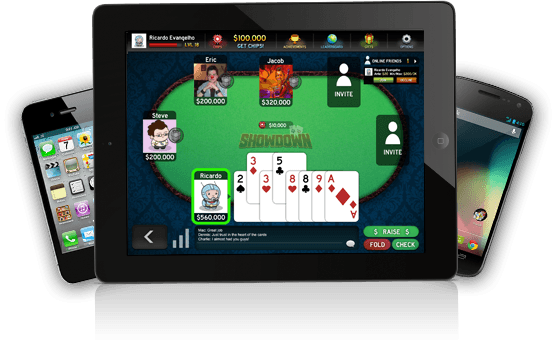 Get ready for the next casino craze with Showdown: The Card Game

Since forcing people into casinos is frowned upon in civilized society, gaming companies are always trying to figure out how to turn more people into players. Showdown: The Card Game is one of these efforts, hoping its all-out mobile and social blitz this fall will get newcomers to hit the felt. And with its simplified mash-up of several familiar casino games, it just might.

Showdown features a game that is a mix of luck and skill, though it appears to lean more towards the former. Played at six-person tables, every player antes and is dealt nine cards. Each person picks two cards to play, and the lowest hand in each round is eliminated based on the standard ranking of poker hands. Yes, it’s possible to rank two-card hands.

Two more cards enter the fray in each round until only two players are left for the Showdown. From there it proceeds like the betting rounds in Texas Hold ‘Em, and there are plenty of chances for bluffing since the players may have multiple cards left that they’ve yet to reveal.

The online version of the game will put a premium on keeping the action moving, giving players 20 seconds to make decisions (and only seven at “fast” tables) and automatically standing people up from the table if they fail to take any action after timing out. It also will allow players to choose their own avatars, and the preview screens suggest the selection will have a playful, whimsical feel. 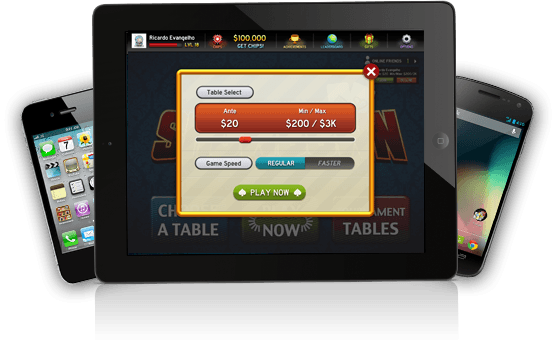 Social elements like leaderboards, achievements and gifts are also part of the Showdown plan. That plan is an extensive one, too, as the creators are aiming for the game to be available on Facebook and every relevant phone and tablet operating system on the market.

Make no mistake about it, this is a tool to get you interested in the real life version of the game, which is supposedly headed to casinos in the near future. But as Tim Taylor showed us back in the 90s, tools can be fun too, and Showdown looks like it could be a good time even if you never step inside a gambling establishment.