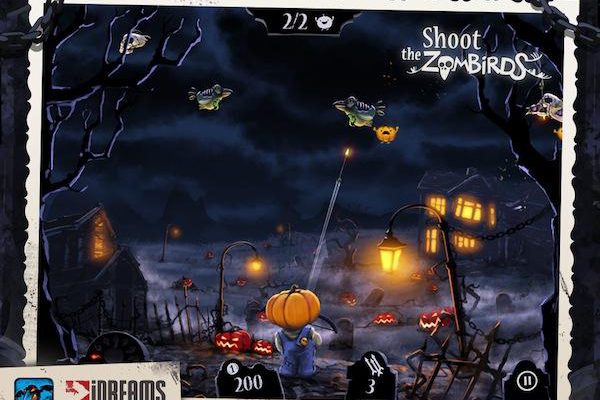 Thought you were victorious in Shoot the Bird? Not quite.

Imagine that every bird that you’ve ever shot down in Shoot the Birds has returned as a zombie, and in their thirst for revenge, they are now devouring the earth . . . and its pumpkins. If you have successfully allowed your imagination to take a turn for the worse in following our strange example, you are now imagining precisely what is happening in the world of Infinite Dreams’ Shoot the Zombirds.

It turns out that when you mess with the pumpkins (or more correctly, pumpkids. They’re alive!), you have to face the wrath of Pumpkin Boy. Armed once again with his trusty crossbow, it’s up to you to control Pumpkin Boy and save his pumpkin brethren from an unfortunate end.

In addition to the 3D shooter gameplay from the original title are a slew of mystical powerups at your disposal, including the ability to double the game’s speed for double the score, temporarily freeze all zombirds in place, or even cause the sky to rain burning arrows.

For players looking to get a little bit more out of their gameplay, a slew of objectives and achievements will be available as well. Can you complete tasks while saving your pumpkin palls in the same instant? Only time will tell. 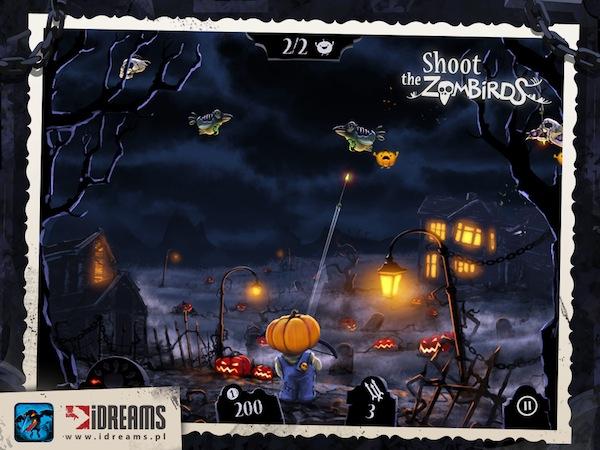 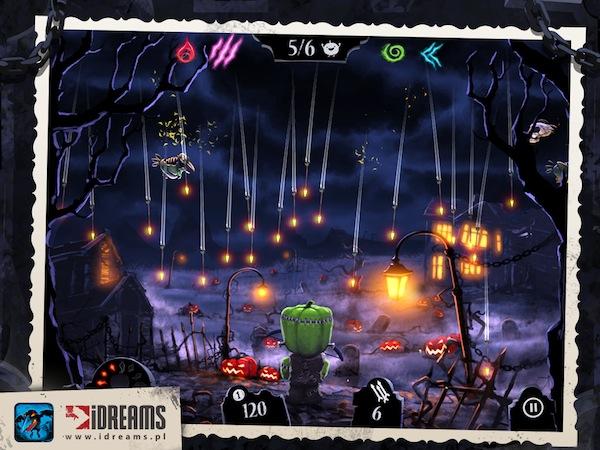 Shoot the Zombirds (in addition to the original title, Shoot the Birds via update) are going to be optimized for retina displays and the new iPad, as well. With the smooth 3D visuals that Infinite Dreams is known for, it’s nice to know that things will be looking at their absolute finest for Pumpkin Boy’s newest adventure.

For players eager to get back into the shoes of everybody’s favorite crossbow-wielding animated pumpkin, Shoot the Zombirds rises to iOS and Android platforms next Thursday, May 24th.