Shadow of the Eternals Preview 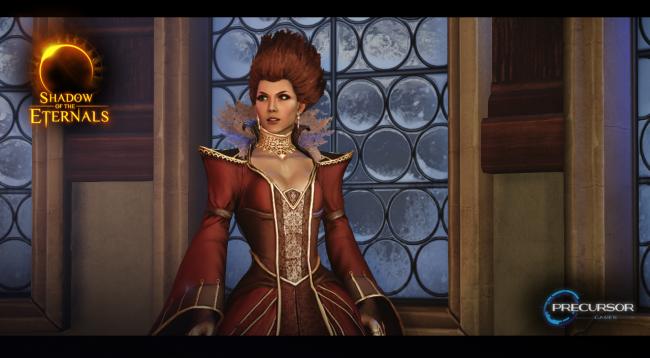 Even pure evil can be crowdfunded

If you’ve ever been bummed that there wasn’t a sequel to Eternal Darkness: Sanity’s Requiem, get ready to hold onto your sanity. Nintendo may never get around to an official follow-up, but original creator Denis Dyack and Precursor Games are working on a “spiritual successor” called Shadow of the Eternals. And really, who isn’t down for a little time-spanning mystery, murder and magick?

I know what at least some of you are thinking: what, exactly is a spiritual successor? In the case of Shadow of the Eternals, it’s everything that made Eternal Darkness so unique but without the same characters or title. That means the new game will be an action-adventure title with (guaranteed to be heavy) horror elements, mixing combat, magick, exploration and the unique twist of sanity effects.

This time around, you’ll work to unravel the meaning of a struggle between two twisted cults in Louisiana. With one detective questioning two very different but nonetheless connected men who survived the carnage that erupted when the cults clashed, a story unfolds that reaches back across thousands of years and combines a macabre fictional tale with historical figures and real life events.

Precursor is releasing the game in episodes, something that has worked out well for titles like The Walking Dead. The initial chapter will put you in the shoes of a Hungarian castle handmaiden in the year 1610, where you just happen to be the servant and lover of one of the most vicious female serial killers ever, Erzebet Bathory. The plan is to feature one or two characters per episode, with the detective serving as the through-line during all of Season One.

If you never played Eternal Darkness, you’re in for a treat when it comes to the sanity effects. That game had players seeing and hearing all kinds of things when their characters started to lose it, including the appearance that their TVs or GameCubes were malfunctioning. With over a decade of technological progress to work with, one can only imagine what kind of tricks the developers can devise.

Ah, but there’s a bit of a catch: Precursor is going the crowdfunded route for this one, seeking $1.5 million for an initial season of 12 episodes for the PC and Wii U. If the goal isn’t met, the game won’t get made. On the flip side, stretch goals could allow even more content and releases on additional platforms, and the developers are promising to listen to the community to determine which way they’d steer the game down the road.

In the past, Dyack hasn’t been too fond of video game journalists, but we’re guessing he’s okay with us joining the other media outlets in getting the work out on Shadow of the Eternals. The crowdfunding effort is running through June 7, and the targeted launch window is Q3 2014. Remember, it’s not a sequel, but as some guy named Bono might say, it could be even better than the real thing.

The Wolf Among Us: Episode 1 – Faith Preview