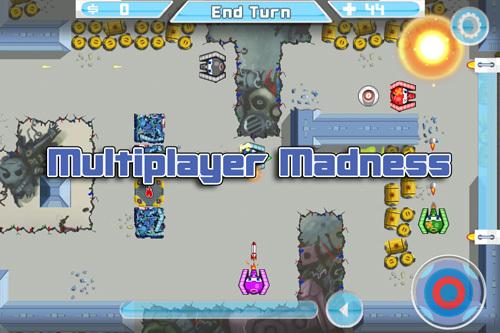 Don’t you just hate it when an army of evil robots appears in the sky? It always happens at the most inconvenient time. Thankfully, the invasion that’s taking place in RoboArena is one that humanity doesn’t have to deal with. That’s because one of the robots suddenly had a change of heart and decided that Earth needs a champion. As a result, the plucky little hero has a tall order in front of him: escape his brethren’s space station and simultaneously defeat the evil army, all on his own.

Before we go any further, we need to address something: RoboArena is the source of the Greatest Acronym Ever. According to the developer, the title is a “Top Down Turn Based Casual Strategy Multiplayer Action Game (‘TDTBCSMAG’ for short).” If that isn’t epic in its own right, I don’t know what is.

The game is inspired by the classic board game RoboRally, featuring a blend of strategy, puzzle-solving, and action genres. The basic idea is that players control a little robot that has to hunt down other players (both AI and human) across different maps. As the game progresses, players accumulate new types of weapons, armor, and skill sets that will help them along the way.

Players can pre-program up to fifteen different moves each turn and then set their robot out to perform them. This means that a lot of strategy is involved in playing the game. As a result, the overall gameplay is less of a frantic shooter and more of a calculated cloak-and-dagger adventure. You can lay traps for your opponent, stay hidden from them while you hunt, and avoid the attacks of other players.

Bravado Waffle Studios is promising a robust single-player campaign, as well as multiplayer action for up to four players (with two other AI characters at all times). 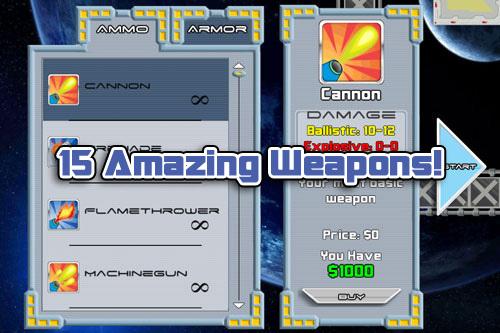 Currently RoboArena is set to be released sometime late this summer or early this fall. In order to get the funding for the game’s development, Bravado Waffle Studios has set up a Kickstarter page, so you should definitely check that out if this sounds like a game for you.