Road Not Taken Preview: Freezing to Death in Delightful Fashion 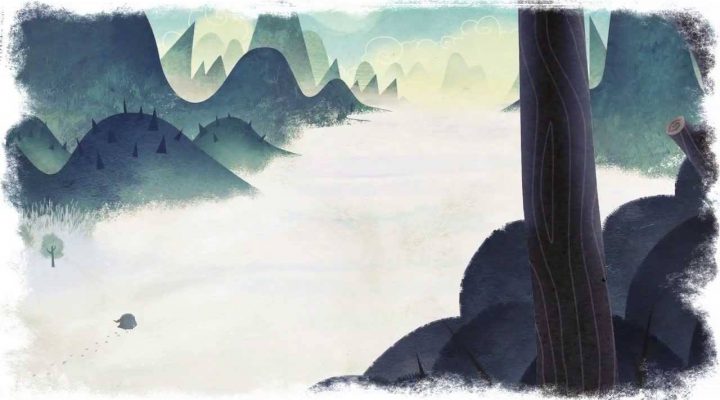 Road Not Taken might be horrifying, were it not so gall-durned adorable.

Despite its name, the Triple Town developer’s new puzzler follows in the footsteps of a great many indie games. There’s the colorful, painterly art style, a simple puzzle mechanic that gets increasingly difficult to execute, and intentionally obscure storytelling to compel you towards some somber, late-game revelation.

Actually, it seems the entire game will be rather somber. Within the cartoonish watercolors is the story of children. Frozen, starving – and oftentimes dead – children.

After stumbling into some trouble of their own, our protagonist “the ranger” happens upon a town which can’t seem to help but send its offspring into what seems to be history’s most perilous profession: berry picking. The townspeople agree to house the ranger if they agree to save the kiddies.

Doing so involves entering the nearby forest and engaging with what amounts to sliding tile puzzles. Normally, that would be a downer for me, but Road Not Taken skirts most of the genre’s (would you call it a genre?) annoyances. 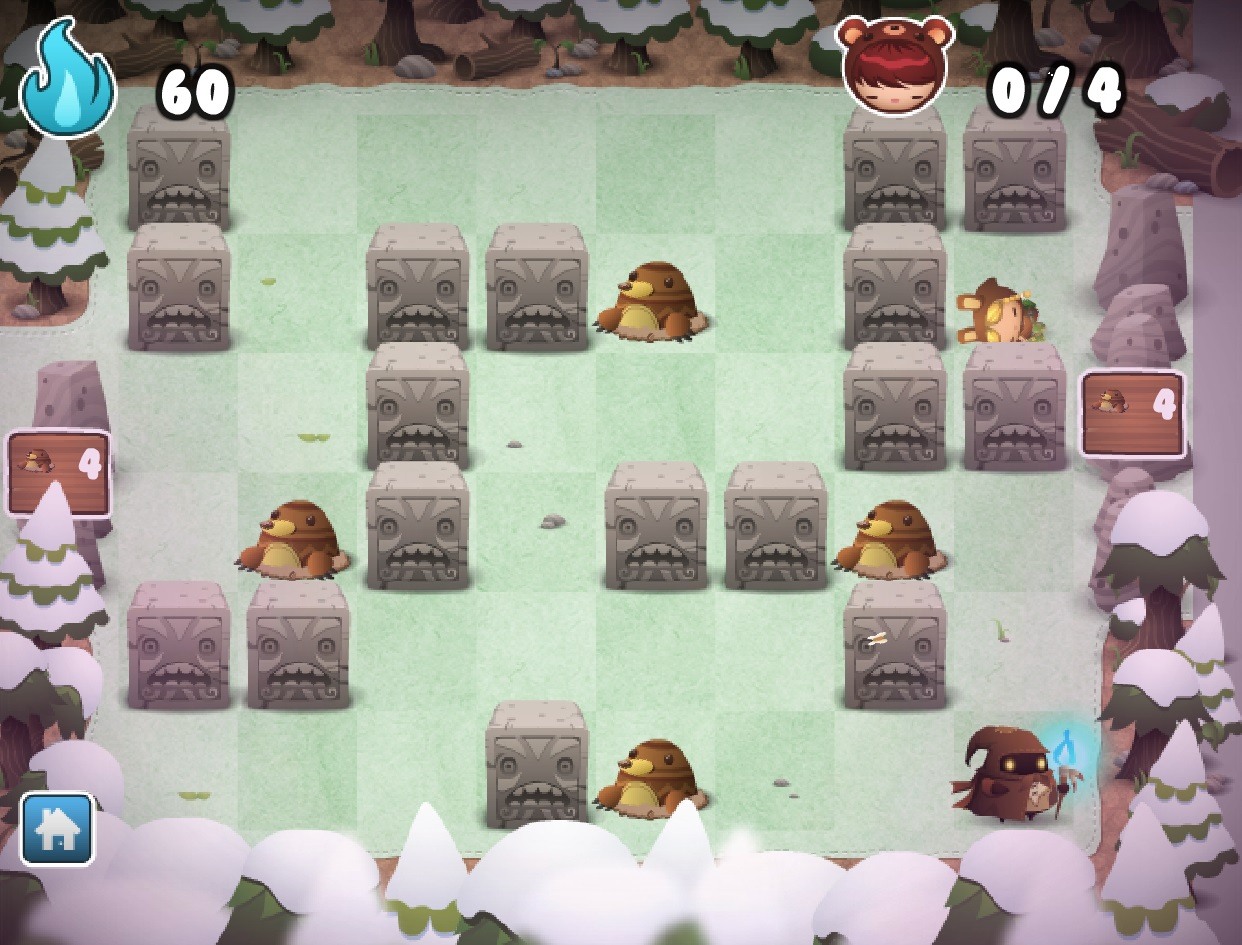 For instance, the while each section of the forest is a grid, only about half the tiles are occupied with obstacles. Usually, you’re free to move between any open space without repercussion. Even when you do encounter an object – things like beehives, trees, and the aforementioned younglings – you’re not totally without options. You can pick them up, move them, and toss them about (but only in the direction you faced when picking it up). For the most part, this is the only time penalties kick in. Moving while holding an object expends energy, without which you can’t proceed.

That energy is a crucial part of the game’s tone. You can refill it, but only by consuming food or medicine. Like everyone else your ranger is starving and freezing to death in the snow-blown wastes. Even without energy you can always return home, but the villagers will rightly blame you for doddering about in the glens without saving the younger generation (and, subsequently, their own food stores).

Besides food and children, there are other things to collect. Money, rice, and other commodities are collected depending on your ability to perform. You can split these proverbial loaves with your neighbors to build trust and relationships.

In other games the notion of friendship and romance based entirely on gift-giving is puerile, but it fits right into Road Not Taken’s world of hardships. When everyone has nothing, sharing anything is a major symbol of goodwill. In the first few stages this kind of networking solicits more resources, and items that can boost your puzzle performance. Whether they affect the story won’t bear out until later levels, but Road Not Taken’s denizens do remember at least some things.

They also break up the bleakness of forgotten, frozen corpses. I wouldn’t call them funny, exactly, but the citizens bring a lightness in the face of desperation that’s both brave, and true-to-life (probably).

If you’re not interested in socializing, you can also expend energy making nonessential match-three combinations in the forest. It’s another of the tile puzzle genre (seriously, is it a genre or not?) rules Road Not Taken breaks to set itself apart from similar, uncommonly frustrating games.

The liberation is much more appealing than the trial-and-error rigidity of, say, Hitman Go, but it’s also the freedom to dig your own grave. More accurately, a mass grave for the kids you ignored because you blew all your strength making pots of honey from beehives.

I didn’t expect to like Road Not Taken. It embraces what I’ve decided is an actual genre thank you very much, but not in the way typical, cookie cutter indies.

It’s bleak, and adorable, and different, in spite of the evidence to the contrary.

Overkill 3 Won’t Be Your Granddaddy’s Overkill