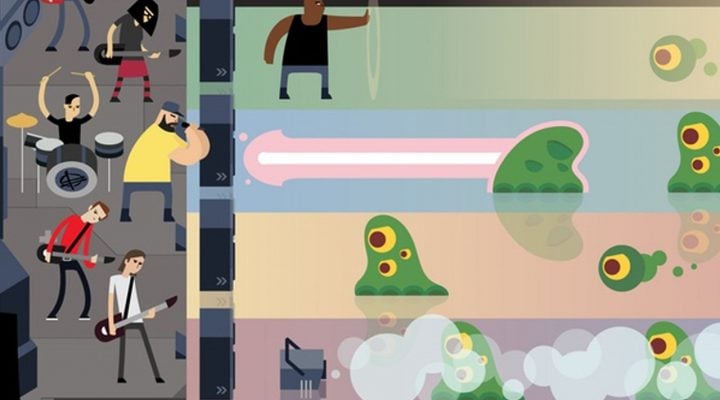 Loud on Planet X is an upcoming rhythm-based defense game from Pop Sandbox. The game has players defending their on-stage musical performance from approaching aliens by tapping to the beat of the music.

Pop Sandbox is calling Loud on Planet X an “indie alternative to Guitar Hero and Rock Band with a splash of Plants vs. Zombies.” The influence is clear, but where the two aforementioned rhythm games featured rock-star celebrities, Loud on Planet X is filling its roster with Indie Music artists. Featuring musicians like METZ, Metric, Tegan & Sara, Lights, and more, Loud on Planet X will utilize two songs from each musician to compose the game’s levels.

Currently, there are nine musicians on board the project with eighteen levels planned, but more could be added depending on the success of the recently launched Kickstarter campaign. The campaign offers supporters rewards like exclusive vinyl records and the chance to appear as an in-game character.

In the campaign, Pop Sandbox affirms its dedication to ensuring that Loud on Planet X maintains the same quality in the mobile versions as in the console release. “We are also challenged with ensuring that the game experience is consistent across platforms, with either controller or touch-screen interface, and performs equally well on mobile devices as on the much higher-powered next generation consoles (and that the game is available for as many mobile devices as possible). ” 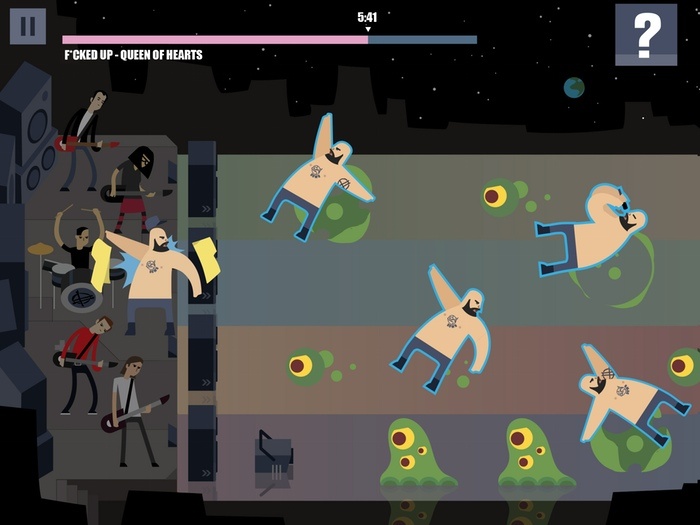 Gamezebo’s Editor-in-Chief Jim Squires had a chance to go hands on with an early tablet version of Loud on Planet X last year at Toronto’s Bit Bazaar, and had nothing but praise for the experience. “Don’t let the lane-based design fool you into thinking it’s a Plants vs Zombies clone,” he told me. “This is very much a rhythm game at its core.”

Loud on Planet X is scheduled to be released for Android and iOS devices later this year.

The Creator of Snake Returns With ‘Snake Rewind’