Home / Upcoming / Return to the Future in Futurama: Worlds of Tomorrow

Return to the Future in Futurama: Worlds of Tomorrow 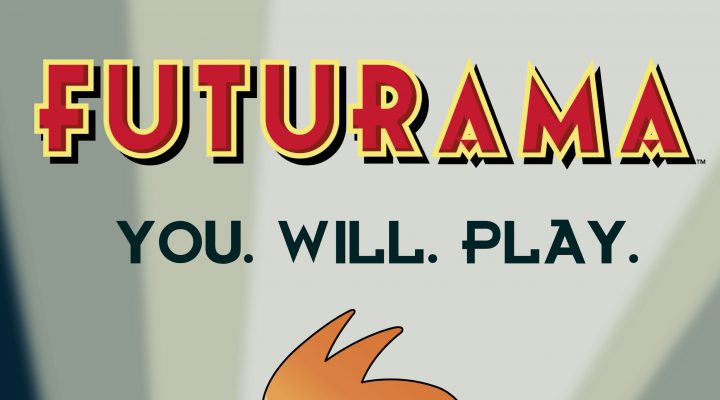 Futurama fans will no doubt remember that upon Fry’s initial arrival in the future, he was greeted with the phrase, “Welcome to the world of tomorrow!” That turned out to be just a cryogenics technician goofing around, but TinyCo was not messing with us when it announced Futurama: Worlds of Tomorrow, coming soon to mobile.

There’s already a pretty fun game based on the beloved animated series called Futurama: Game of Drones. Not much info has been released so far on what kind of game Worlds of Tomorrow is, though it’s safe to say it won’t be another match-3 affair.

What TinyCo is saying is that the game will feature brand new Futurama content that will showcase the style of Rough Draft Studios, just like the series did, and bring “the show’s trademark humor, signature visual style, and ensemble comedic adventure” right to our phones and tablets. It’s also got the blessing and input of Futurama creator Matt Groening and executive producer David X. Cohen plus contributions from original cast members and writers.

“I love this game because it feels just like Futurama,” Groening said in a press release. “Except now you get to jab the characters in the face.”

And seriously, who hasn’t wanted to jab Bender in the face for stealing your wallet at one time or another? While we wait anxiously for TinyCo to reveal more details, you can hit up youwillplayfuturama.com (a domain that sounds like it was set up by Hypnotoad) to sign up for news via email, or you can pre-register on Android to receive a notification when the game releases.

Just watch out for small aliens trying to make you fall into a cryogenic tube, because Futurama: Worlds of Tomorrow should be here in a lot less than 1000 years.

Alto’s Odyssey Gets Its First Trailer