Restore the Magic in Our EXCLUSIVE PREVIEW of Cubis Kingdoms 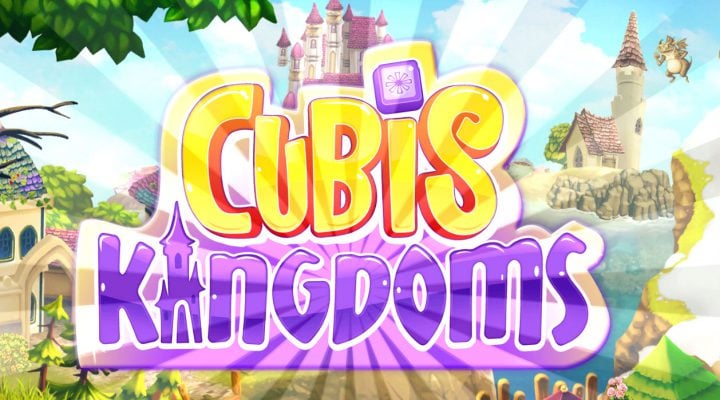 Cubis is back later this Fall, and this time there’s more to worry about than simply matching blocks.

Cubis Kingdoms is the latest addition to the beloved and long-running puzzle franchise, and maintains the same core gameplay found in its predecessors. Namely, you still slide colored blocks around two sides of a board filled with different-colored cubes, sliding them in place to make matches and clear them from play. Think match-3 meets Tetris with a little dash of mahjong and you’re in the right ballpark. 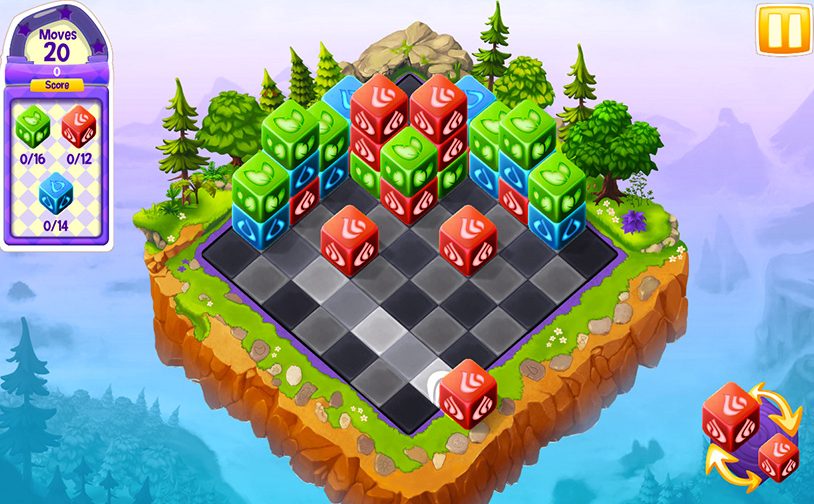 What we discovered in our exclusive hands-on time with the first 10 levels of Cubis Kingdoms, though, is that there’s magic under those cubes this time around, and a story playing out too. Gargoyles have overrun the kingdom and covered the land with darkness. What was once a vibrant, lush environment teeming with life is now more or less barren.

The only way to put things right again is to use the magic contained within the cubes in each level. Cubis Kingdoms makes matching more than just an aim in and of itself, as every match gives you elements of a certain color that can be used like currency to roll back the darkness the gargoyles have delivered to one part of the overall game map. 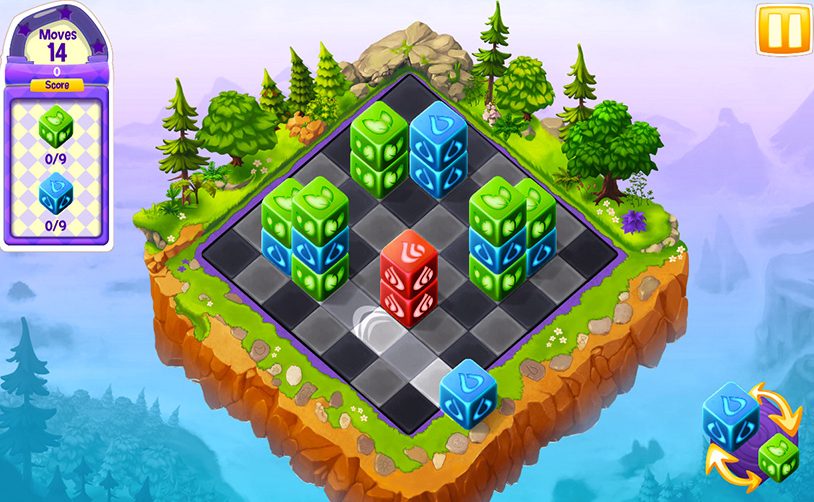 There was no racing against the clock in our early experiences, but every level only gave a limited number of moves to make enough matches to gather specified amounts of certain elements. Doing so requires mastery of a simple but challenging game mechanic: matches can be made with three or more cubes of the same color that are adjacent on any side, but sliding a cube into one without another cube behind it will knock it back by one space. In addition, more cubes enter the board after each move, though you can see what color they are and where they will arrive (that’s the Tetris part).

Things get tougher as you go, too. Level 8 introduces stone blocks that can’t be used for matches or moved from their positions. Level 10 is a special puzzle where you have very few moves to clear the board and don’t get any elements for doing so, making it a legitimate test of your thinking skills since making every move correctly is crucial. Fortunately, you have some help in the form of lightning cubes, which clear all cubes of that color when incorporated into a match. 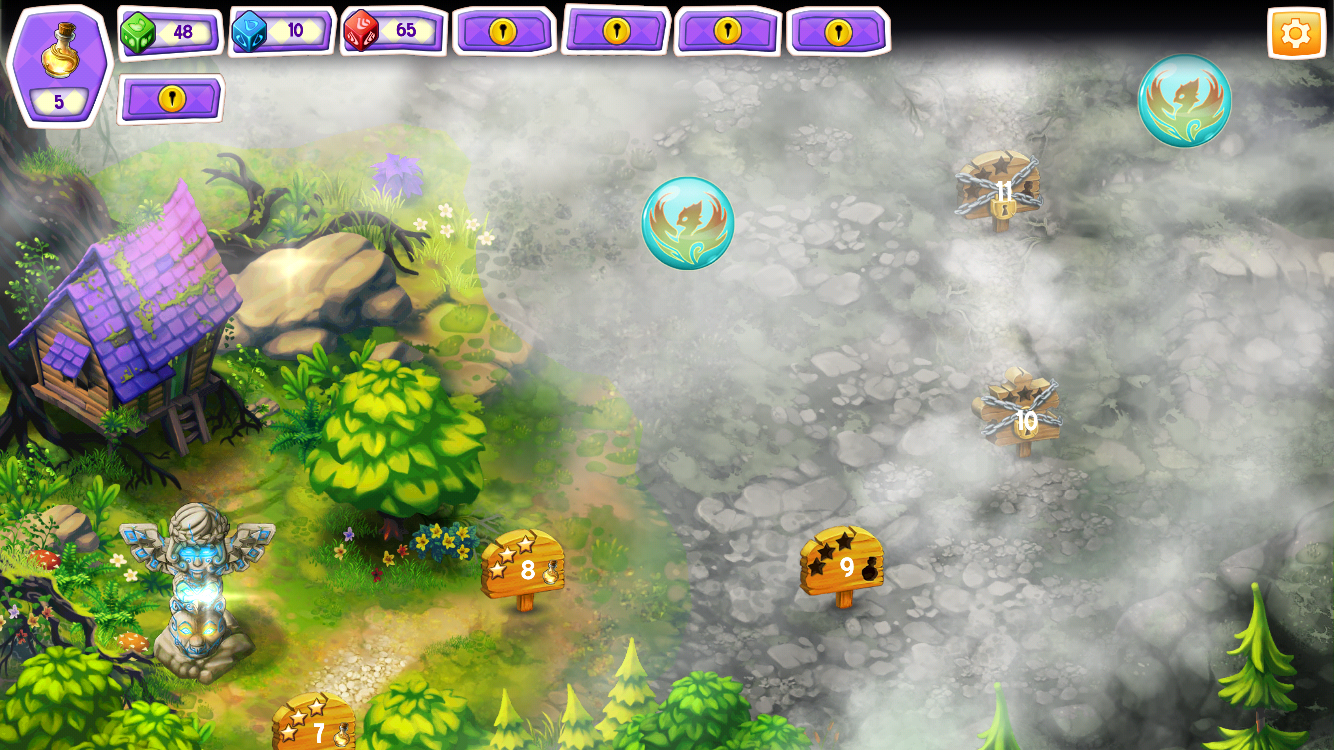 Even once you’ve started restoring the forest to its original beauty, your work in the game world isn’t done. Cubis Kingdoms makes replaying levels to clear the entire board important, since successfully doing so grants life elixirs. When used on totems on the world map, life elixirs actually put animals and people back into the world, perhaps the best showcase for the game’s art style.

We didn’t actually get  far enough to face off against any of the gargoyles responsible for leaving things in a state that needs your help, but as you can see in the trailer below, you’ll run into them in boss battle levels as well:

If all of this already has your matching synapses firing, you’ll be happy to know that Cubis Kingdoms is coming to iOS, Android, PC and Mac this fall. Check out the game’s website for more, and be sure to like Cubis Games on Facebook for more teasers leading up to the game’s release.

Cubis Kingdoms will be published by iWin, which also owns Gamezebo. iWin did not contribute or otherwise have any input into the content of this article.

Pillage and Loot in Drag’n’Boom Next Week