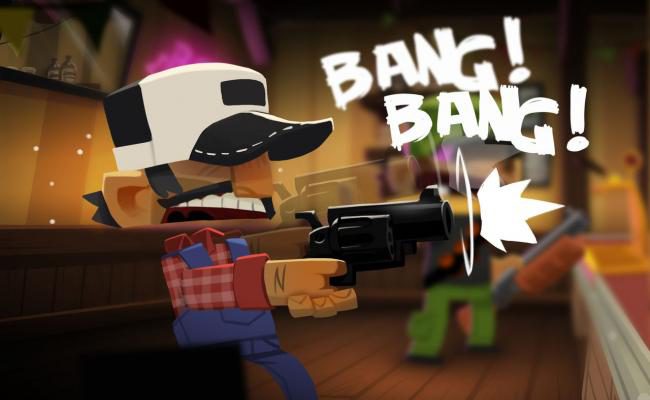 Rinse out your spittoon; we’ve got some zombie hunting to do!

Why is it always the clean-cut, muscular action hero who takes center stage when a pack of zombies stroll into town? Rednecks can be zombie hunters too! After all, they probably have a couple of shotguns lying close by, anyway. Now gamers can finally see how the redneck would fare in the ongoing zombie war in Redneck Revenge: A Zombie Roadtrip, an upcoming 2D cartoon-style shoot ’em up from mobile powerhouse BulkyPix.

In Redneck Revenge, you play the role of Red, a simple redneck whose bar gets overrun by the undead. And what better way to fend off a hoard of wacky zombies than with your trusty shotgun blast? But I’m more excited for some of the other weapons and powers in Red’s arsenal, including spud guns, beer-launchers, exploding chickens, and bulldozer hogs. I’m not entirely sure what a “bulldozer hog” is, but I have the sudden and uncontrollable need to own one, and to take out as many pesky zombies as I can with it.

The game promises nonstop zombie-killing action over 30 colorful levels, and a wide range of redneck environments that include the Bar, Route 66, the Junkyard, and the Nightclub. But that’s not all! Redneck Revenge will also bring a wealth of content to gamers in its deep survival mode, with over 50 different and varied objectives to complete, and something called the “Ultimate reward” for those who are able to brave the entire hoard.

Even though we have yet to see some in-game footage of Red in all his gun-toting glory, there’s no doubt in my mind that this harrowing redneck adventure will be one for the ages. The debut trailer is spilling with personality, just like the foam on top of Red’s beer mug, and it shows our unlikely hero retrieving a hidden revolver that was set aside for just this zombie-outbreak occasion (he also has a separate disaster drawer for inevitable “Werewolf” and “Mother-in-law” scenarios). 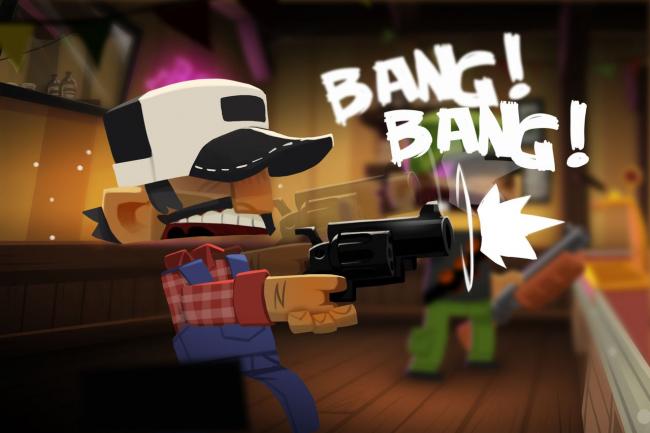 I don’t know about you, but I for one darn-tootin’ can’t wait to see what other hilarity is in store for us when Redneck Revenge: A Zombie Roadtrip is released in February 2013. It’s time for the zombies to learn a very important life lesson: never mess with a redneck’s bar!