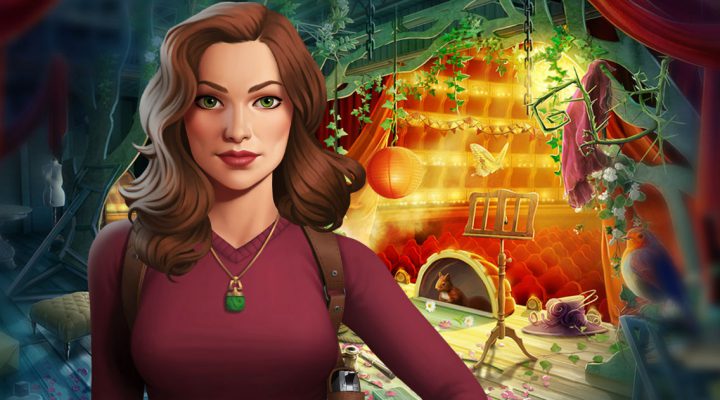 Seems like it’s been an age since we’ve talked about the release of a high-profile hidden object game (HOG – I even miss typing that acronym). The genre was prolific when Facebook games were still a major distraction, but our focus on it seems to have petered out since social and casual gaming leaped over to mobile.

Not only is Agent Alice a mobile-based HOG, it’s also Wooga’s first game in over a year. Their last was the puzzle game Jelly Splash. But they’re also the developer behind the HOG hit Pearl’s Peril, so this isn’t their first time at the hidden object rodeo.

Set in the ’60s, players take on the role of Alice, a smart detective with The Agency, an organization dedicated to protecting the world from shadowy supernatural forces. The game travels around the world, because discorporated beings don’t discriminate when it comes to haunting.

Agent Alice is an episodic adventure, and we can expect new content every week after its initial launch. The game hits iOS and Android devices simultaneously on February 26.