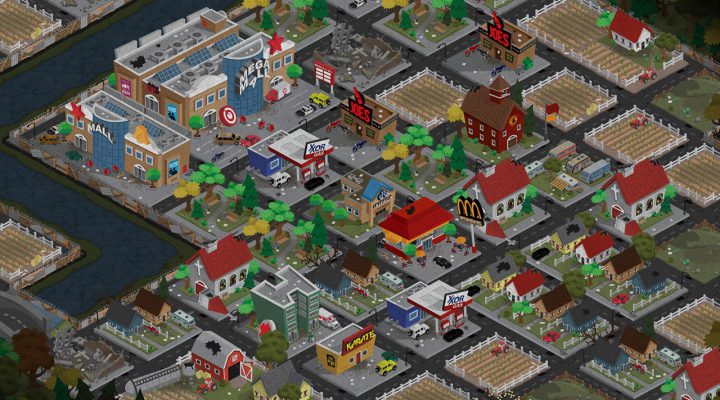 Rebuild is a series that we’ve long had our eyes on. We first covered the original Rebuild back in 2011. While we enjoyed the game’s consistent tension, we would have liked something a bit more complex, and the cartoony visuals weren’t doing the game any favors.

Now, four years later, we’re on the advent of the series’ third installment, Rebuild 3: Gangs of Deadville, and the game is shaping up to be the best one yet. Rebuild 3, which is set to release next week, is ten times bigger than its predecessor, Rebuild 2, and is inspired by games like SimCity and FTL.

“On its easiest difficulties, Rebuild 3 plays like an interactive version of The Walking Dead,” Sarah Northway, the developer behind Rebuild 3, explained to us. “On its hardest difficulties, it’s a cruel strategy-roguelike in the vein of FTL. You’ll have to make tough decisions and put your people in danger to get through.”

Northway went on to explain that there are over 200,000 words of random events sprinkled throughout the game’s campaign, as well as new enemies to face, new resources, new buildings, and the addition of a fast-paced, real-time gameplay mode. According to her, the original game is “total crap” compared to Rebuild 3. “I can’t believe it’s still in the top 100 iOS strategy games. This sequel… well it’s better, so so better.”

Rebuild 3 is due out August 13th for Android and iOS.

Mazecraft is Coming Next Week and Looks A-Maze-ing